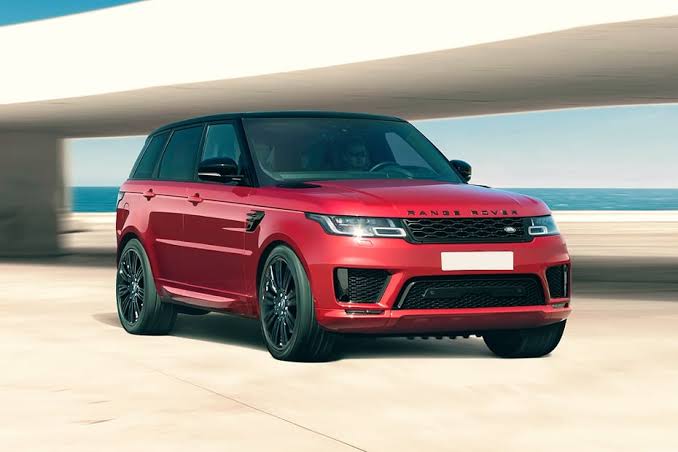 For all you Jaguar-Land Rover lovers out there, we have a great news for you. The third generation Range Rover is set to be revealed on 10th May 2022. The new vehicle is packed with as much as 528hp, the radically redesigned Range Rover could take over its older and well-performing sibling, the second gen Range Rover. With a host of improvements, this new-gen SUV is sure to amuse and amaze all the lovers of the brand. Let’s look at some improvements and future possibilities we can expect from the new car.

The current Range Rover uses a 572hp, 5.0 litre V8 engine and this has been very successful world-wide for the past ten years. The new third gen sport however will use a 4.4 Litre V8 engine, borrowed from BMW and given a few JLR tweaks. The advantages of this upgrade is that the much tested BMW engine has proven to produce a higher power output of up to 632hp and 712hp in BMW’s top salons like M5 CS. Hence, it is safe for us to expect a 528hp output from the 4.4 litre engine in the third gen Sport.

Although the total power output seems smaller than the older model, we have to take the electric motor intro the consideration. Since, the new Range Rover Sport will come out as a hybrid vehicle the total power will be much higher than the previous 572 hp.

However, with new styling and tuning coming with the Range Rover Sport, we can expect performance upto 622hp similar to BMW X6. JLR has added performance upgrades such as quad-exit exhausts and a prominent rear spoiler along with 50 percent more torsional stiffness and reduced structure-borne noise by 24 percent. All these added upgrades will take the Sport 0-100kmph in less than 4.6 seconds!

Land Rover has set targets for a 100% electrification by the end of this decade. This starts with their flagship Range Rover, which they are planning to release as all-electric models from 2024. This could mean that the current petrol and diesel engine models could come with an EV powertrain with them.

A 48V mild-hybrid-equipped with straight-six engines, both petrol and diesel, can bring outputs ranging from 248hp to 399hp. BMW which provides the V8 engine has already tested its EV powertrain coupled with the V8. This pair-up had produced an impressive output of 747hp and 954Nm. Hence it will be no surprise when the new Range Rover Sport comes out with at least a 40kW battery pack that extends the range of the vehicle.

The electric motors will power the car in the traffic congested areas and while starting. This reduces the starting time & pickup time considerably. In fact, the electric power train alone can take the car for as long as 80 km.

Other Features to Expect in the Range Rover Sport 2022

The company would have reworked the interiors as it does in all models. The interior will look more premium than the usual. The wooden finish on the steering wheels, ambient lighting on the interior, the leather seats that comes with seat warmer, a fully improved infotainment system with compatibility to both Android Auto & Apple Car Play, enhanced safety features and 6 airbags, makes this an upgrade not to miss.

More importantly, the SUV will also get a 360º camera for a better view of the rear and around the car. The usual safety features like ABS, HHC, EBD, etc., are always included. We can expect the SUV to get a new pair of tyres that are larger and has better grip.

The New Range Rover Sport can be expected to be priced at around ₹70 – 80 Lakhs at the minimum. However, given the hybrid powertrain, it could also be more than that. The Range Rover Sport will face a fierce competition with models like Aston Martin DBX, Porsche Cayenne, Lamborghini Urus and Maserati Levante. However, Range Rover has a separate market carved out for itself. Given the new looks and style added with top specs could make the new Range Rover Sport and edge on both the International and Indian markets. It is to be noted that the company had already started the ads in India and abroad.

So, what do you think? Will the upgrades and the inclusion of the hybrid system with the electric power train increase the appeal of the market puller?