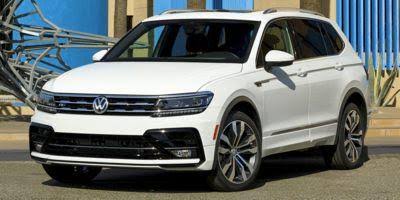 Recently Volkswagon has confirmed that it will introduce four all new SUVs for the Indian market which is set to be debuted at upcoming Auto Expo. It includes Volkswagon AO compact SUV, VW Tiguan Allspace and VW ID Crozx electric SUV and VW T-Roc.

Volkswagon Taigun will go head to head against Kia Seltos and Hyndai Creta. The car is likey to hit the Indian showrooms by the end of this year or earlier in next year. The vehicle has longer wheelbase of 90-100mm as compared to the European-spec T-Cross which means the car will have the more cabin space and huge doors to provide. The car will also offer high ground clearance to fir the purpose in India.

Interior of the car comes with a multilayer dashboard that positions touch screen infotainment system and digital instrument cluster. According to the Volkswagon, the company has pretty mud tried to infuse some Indian Masala in the design to the car to make it look more appealing to Indian customers. The company says that Volkswagon Taigun is positioned as a lifestyle product that is mainly projected towards the youngsters and women.

Volkswagon Taigun is expected to offer a 1.0L 3 cylinder TSI Motor that will be also available with manual DSG auto transmissions. Coming to the appearance of the car, it shares most of its design from the international spec T-Cross which is being sold globally in so many markets already. The vehicle is highly expected to stand on the expectations of Indian taste of cars. As we saw in the images, the yellow color of the car looks pretty much impressive and quite eye-catching. Tail-lamps running across the tailgate at the back of the car do catch the attention of people. The price of the car is expected to be set at the starting price of Rs 10 lakh and ends at Rs 16 lakh.