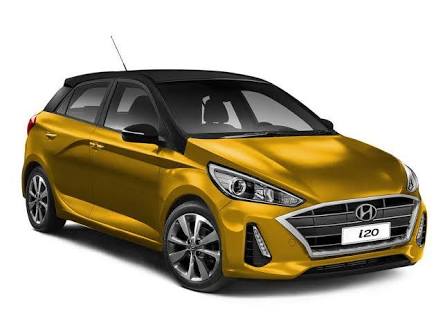 Hyundai recently unveiled the sketches of new i20, which is set to be launched in the month of June. The sketches which were revealed by the company look pretty attractive. The revealed sketch looks very different from the existing version of Hyundai i20. It is being said that the car is going to get a complete makeover in terms of design and features.

New Hyundai i20 will be available for the global market by June 2020. The hatchback is going to have sportier looks and upgrades in the engines and some features. The car is already dominating its segment, and it will be the first one in segment to get features like electric sunroof, cruise control and much more. The car will also get automatic headlamps and wireless charging.

The revealed sketches show that the car gets a new grille in the front, which looks cascading. If we look at the vehicle from the front, it seems quite similar to the Sonata. It also includes sharp headlamps, vertically placed fog lamps, new alloy wheels, and tail lamps as well. The car is packed with the features, and it is also going to offer a more aggressive stance and sharp lines.

Talking about the interior of the car, it will possibly get the entire digital speedometer, refreshed center console, and touch screen infotainment system. It is expected to get the all-black interior in the top variants. Coming to the engine upgrades of Next Generation i20, it will be BS6 compliant with 1.2 liters of the petrol engine, which is capable enough to produce the 83ps and peak torque of 113nm. About the engine of diesel, it will get the same engine of KIA Seltos, which 1.5l in a state of the detuned state.