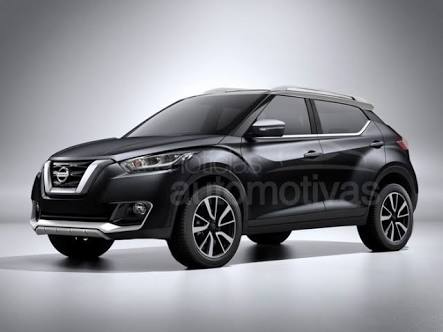 The Japanese carmaker, Nissan has announced that it is going to launch a new compact SUV in the country soon in this year. The company has also announced that the new Nissan Compact SUV is based on the philosophy of “Make in India.” The company has claimed that the SUV features all-new technology as a part of Nissan’s intelligence mobility. Presently the company is selling models like Terrano, Sunny, Micra Active, Kicks, and GTR in India. The carmakers have said that the car will be available for the Indian market, and it is expected it will share features or attributes with Renault HBC, which will be revealed in 2nd half of the present year.

Talking about the rendor which is released by the company, it looks pretty amazing and quite exciting. Nissan Compact SUV Render shows a closer look at how the car will look like in the side profile. Coming to the features, we can expect the interior to come with a cruise control, android auto connectivity, large touch-screen infotainment system including apple car play, and premium quality materials. It also offers rear parking sensors and cameras and many more. The unique part of the car which we saw in the render is its squared wheel arches, muscular fenders, strict character lines, bold cuts, and creases.

The car will come up with sharp LED headlamps with integrated LED daytime running lights. Reports suggest that the vehicle will be packed with a load of features, sleek wing mirrors, wrapped LED tail lamps, and there is so much more to expect from Nissan Compact SUV.

The render shows it has a dual-tone vibe presented by digital imagination. The SUV is likely to underpin the same segment as the Reanult HBC and Triber. The car might become an alternative to the Renault HBC and likey to share the same powertrain with it.