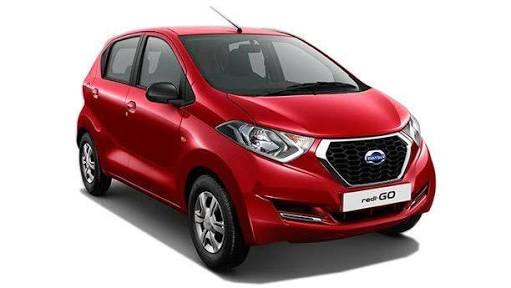 Datsun India is all set to launch the Datsun Redi-GO in the Indian automobile market this year. Nissan, the parent company of the automobile manufacturer, has recently released teaser pictures of the Redi-GO range of cars.

The Redi-GO range is seen with a refurbished hood that houses the Datsun badge. The new design also includes the change of headlights to L-shaped LED DRLs. The tail lamps also have been redesigned. The car also sports a new front bumper and a rear spoiler that gives the hatchback a sporty look. Datsun Redi-Go also sports new wheel covers with a dual-tone finish, which was absent in its earlier build. The launch of the upgraded model in the entry-level segment is expected to be very peppy and sporty. The new Redi-GO facelift might sport a revised dashboard with a new touchscreen feature. Nissan, however, did not reveal any interior design pictures.

Datsun Redi-GO was earlier providing petrol engines options of 0.8-litre (54PS and 72Nm of torque) and 1.0-litre (68PS and 91Nm of torque) in its BS4 platform. Both the engines were connected to a 5-speed manual gearbox, with the 1.0-litre mill having a 5-speed AMT option. The same is expected in the new build of all-new Datsun Redi-GO this year. The new launch in the B26 platform is most likely to have two petrol motors. Earlier launched in 2016, Datsun Redi-Go is expected to hit the roads with its major facelifted version, sporting a cool hatchback soon.

The all-new Datsun Redi-GO would come in six different colours. The facelifted version adds blue and brown paint in the new launch. The outside rearview mirrors are expected to sport the body colour.