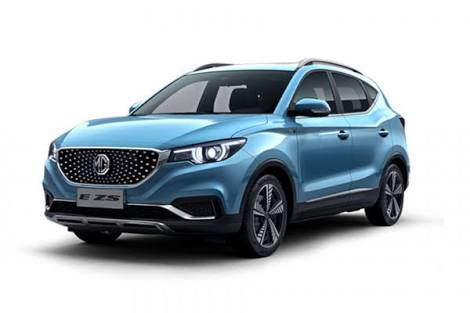 MZ motor is all set for Auto Expo 2020, and it’s going to launch its second product in India on 27th January – the ZS EV. MG Motor has also obtained approval for both hybrid and petrol variant of the MG ZS according to Transport Department report.

Initially, the ZS SUV was supposed to be only offered as an electric model, but now it’s highly possible that we can get to see its petrol variant soon in India. Recently MG has imported two petrol-powered ZS models.

The petrol variant is expected to be a 1.5-litre engine. Compared to the hybrid unit’s 111hp, it churns out 106hp. MZ ZS might be offered with a 1.0L, 3-cylinder turbocharged petrol engine that can push out a peak power of 111PS and 160Nm of torque. The gasoline unit of the petrol variant meets Euro VI emission standards and comes paired to a 6-speed automatic gearbox.

MZ ZS petrol variant is expected to have pre-facelift MG ZS, not the recently revealed facelift as mentioned on the document. The document also reveals the dimensions of the SUV. It’s 1,809mm wide, 4,314mm long and 1,620mm tall and it’s going to come with a wheelbase of 2,580-2,589mm. After launching the car can takes on the likes of Hyundai Creta and KIA Seltos.

Now speaking about the MG ZS EV, it is likely to get a 44.5kWh battery pack, capable of going 262km in a single charge, paired with a 150hp electric motor. It seems like the company is ready to give fierce competition other SUV’s.