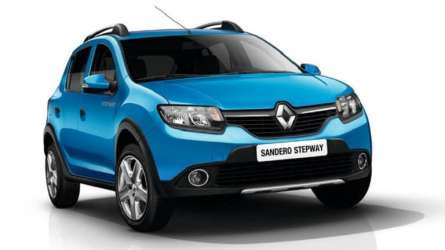 After the success of Renault Triber, Renault is all set to launch its new sub-4  meter SUV for the Indian market. The SUV which is scheduled to be launched in 2020 was codenamed HBC, but according to a new report now the all-new Renault compact SUV will be christened as the Kiger.

The company has trademarked the name “Kiger” which refers to a type of horse found in the US. The new sub-4 meter SUV will be based on the same CMF-A modular platform as that of the Renault Triber and the Renault Kwid and it will be the most affordable SUV in its category.

Some of its design highlights might resemble the Renault Triber and the Renault Duster. The SUV will receive features like Renault’s triple-layered grille with logo in the middle, projector headlamps with LED DRLs, faux-skid plate, sculpted bonnet, black plastic cladding and strong creases on the side.

The cabin’s interior layout and most of the features will be similar to the Triber. The SUV will be powered by the same a 1.0-liter petrol engine that powers the Triber. This engine produces 71bhp and 96Nm of torque in the Triber but, the Kiger will receive the turbocharged version of this engine with higher power and torque value. Transmission options include a 5-speed manual along with an AMT gearbox.

Renault Kiger will directly rival the likes of Maruti Vitara Brezza, Tata Nexon, Hyundai Venue and others in the sub-4 meter SUV category.