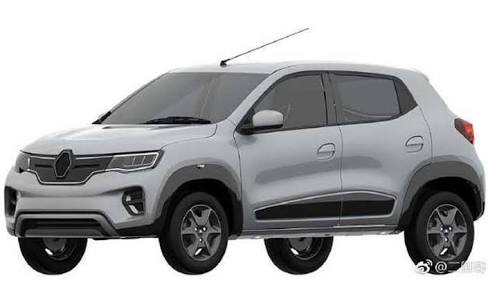 Renault is all excited to have launched the electric cousin of Kwid in China. The model is called the City K-ZE in China.

This concept was shown by Renault in 2018 and shares design cues with the available gasoline sibling is inbound. The facelift of the Kwid has been on the pipeline of Renault to launch in India since a very long time.

The Renault’s Kwid comes in a hatchback design which is currently India’s most anticipated cars. The new model claims a total range of 271 km.

These parameters were set while using the NDEC cycle which may not exactly reflect the real-world performances. However, a simple range of north of 200km is said to perfectly fit the bill. The interiors of the car come with some added features such as:

The touchscreen information system supports the 4G connectivity of WiFi, a wide range of online music, vehicle telemetry which is remotely accessible with a smartphone.

The price of Kwid’s electric car is estimated to be costing between 61,800 yuan to 64,000 yuan (introductory, ex-showroom India) which roughly converts to Rs 6.22 lakh to 7 lakhs in Indian Rupees.

Renault has not released an official date yet but as per speculations, the car will be launching in India by the end of April 2020.

Renault has come up with a range of 26.8kWh lithium-ion battery pack which helps in powering the front of the electric motor which produces 43.3bhp and 125Nm of torque.

The Electrical model of the car has been built on a similar CMF-A platform. The battery has been made to support both AC and DC super-fast charging. The model comes up with a 6.6kWh AC power source where it can be charged within just a few hours.