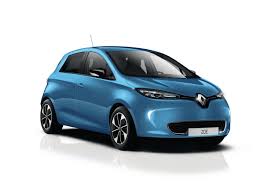 The French automaker, Renault has been working for a long time on its dream of launching an electric vehicle in India.

However, the wait is over as Renault has finally announced that it will be launching its first-ever electric vehicle will be launched in India by the end of 2022.

The focus of the electric vehicle will be on masses with an economical price range as told by the CEO & MD Mr Venkataram Mamillapalle of Renaults India.

Renault has a very clear vision of its target market and will only be focussing on customers of the middle class and will not keep its focus on very high-end electric vehicles.

The company has seeped into work with the several agencies of the government and private companies, where the parties together have plans to make an ecosystem of vehicles which are affordable and economical.

The working of Renault’s first-ever electric vehicle has begun by the move of the policymakers.

A very supportive team of the manufacturer sits in Paris, which is involved in setting up this wide ecosystem.

Rather more of the focus is on the ecosystem than on launching an electric car and selling it in the country.

The French maker is clever to compete in the market on its price by keeping the price extremely competitive.

The company is sure that no other automaker can compete with them based on price.

The automaker also plans to introduce ‘halo’ or known as the high-end products in the segment of EV to show that Renault is the pioneer in electric vehicles by introducing some very unique features to the car.

Currently, no other automobile company holds the position of a pioneer in the segment of electric cars and Renault is determined to acquire this very position.

The main aim of the company is to give the customers a very comfortable drive and for this Renault boosts about its internal combustion engine.

The ever-lasting competition in the automobile sector:

However, the automobile industry lives in competition. Hyundai has also planned to invest a sum of $200 to make affordable electric vehicles for India in three years.

Maruti Suzuki India also is expected to launch its electric wagon R by 2020. Currently, it is only Mahindra & Mahindra Ltd which is the only mass maker of the Electric vehicles.