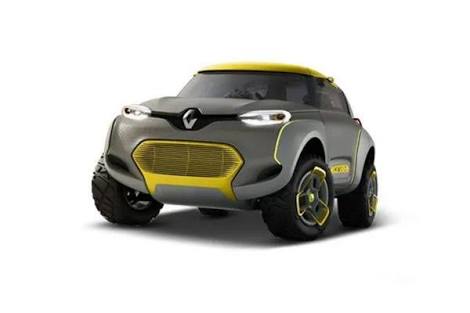 Renault HBC compact SUV is all set to hit the showrooms of India in the second of 2020. We can expect the launch of the car very soon as the second half-year of 2020 is just around the corner. The vehicle will be based on the platform of Nissan’s CMF-A+. The compact SUV will share most of its designs and features with the Renault Triber subcompact SUV. Talking about the appearance, it is going to carry an upright SUV-ish stance with a different design. It might come fitted with the 16-inches alloy wheels and higher ground clearance.

It is also going to be offered with the LED day time running lights and in the top-spec model, you will be able to see alloy wheels and rear wipers. Inside the Renault HBC compact SUV, the steering, seats and dashboard will carry the same design and dimensions from the Renault Triber MPV. If we go under the hood, the compact SUV is going to employ a 1.0 litre 3 cylinder turbocharged engine of petrol which is codenamed as HR10. The motor of the gasoline will be paired with the five speed automatic or manual gearbox unit. The power output of the car will be around 95 bhp which could have improved.

Talking about its rivals, Renault HBC compact SUV will lock horn against the Maruti Vitara Brezza, Mahindra XUV 300, Hyundai Venue, Ford EcoSport and Tata Nexon. It can also be a direct rival to the Kia Sonet which is yet to be launched. It is expected that the Renault HBC compact SUV, will be more affordable than all of its rivals due to the high level of the localisation and low-cost underpinning. It seems like the car is going to make a significant impact on the market of India once the launch takes place.