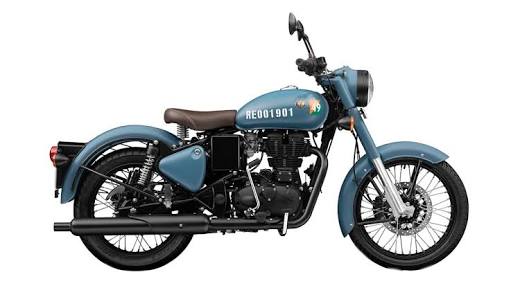 Royal Enfield, one of the most popular bike manufacturer company in the country are all set to announce the pricing of its premium model.

However, the price of the Royal Enfield’s model Enfield Bullet 350 ABS does remain the same. The price remains the same and is sold at Rs. 1.22 lakhs.

Royal Enfield Bullet 350 Engine: The newly launched model of the Chennai based bike manufacturer comes up with a 346cc powered single cylinder paired up with an air cooled engine and a 5-speed gear box.

The motor has the capacity of pushing out a peak power of 19.8bhp. Also a maximum torque of 28Nm.

The model is equipped with disc breaks which is available for the front wheels and the drum breaks which help in doing the braking duty for the purpose of rear.

Compared to the previous version’s chrome units, the new model will be seen including the Blacked-out parts.

Talking about the recent activities of Royal Enfield, the company has recently launched an affordable and economical variant of its highly demanded range of popular classic bikes- ‘Royal Enfield Classic 350S’.

The model comes up with ABS (Single Channeled). The price of the bike is approximately 1.45 lakh.

Overall, the bike has done exceptionally well in the market and hopes to see more buyers in the near future.