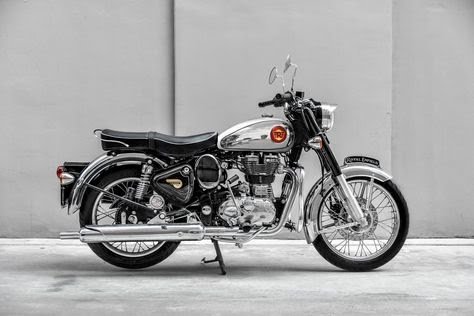 Gone are the days when bikes were associated with masculinity. With an increase in the number of women bikers, more and more companies are trying to come up with women-friendly bikes. And now everybody’s favorite Royal Enfield too has decided to launch a women-centric bike! The bike would be launched in the first quarter of 2020 under the Explorer Brand.

Though Royal Enfield has a wonderful line-up of various bikes, it has ever come up with something like this.

A robust body-built, rugged styling and great street presence which were considered to be the distinguishing features of the Royal Enfield would be slimmed down to weigh significantly less than the Bullet and be seated lower. The bike is also reported to be internally codenamed as J1C.

The modifications in the design and features of the bike have been made after consulting female bikers to know and understand their problems, needs, and preferences.

The company said that their research suggested that women buyers account for about 7-8% of the existing Royal Enfield volumes. Although the numbers are small, more women are buying bikes like the Himalayan or Thunderbird X. This is what made them come up with women-centric bikes to have exclusively for women bikers!