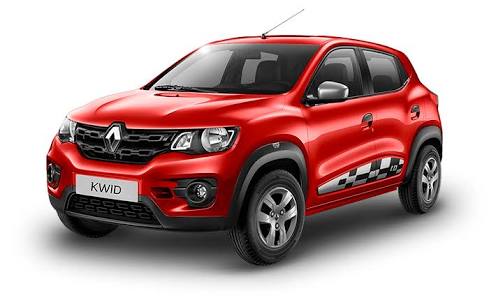 Hyundai Motor India Limited (HMIL) has been working on an all-new hatchback that has been internally codenamed as the AH2. This small car is called the ‘Santro’ and it will become a replacement for the slow-selling Eon.

It will become a direct rival to the Renault kwid. The Renault Kwid, however, recently received a minor facelift and will be at loggerheads with the new Santro in its current form.

Price in India:
The Renault Kwid prices currently start at Rs 2.67 lakh. However, in most probability, it is the 1000cc variant that will have to engage in a duel with the new Hyundai Santro. The more powerful variant of the Kwid has a base price of Rs 4.04 lakh.

The fully loaded variant costs Rs 4.59 lakh. While prices of the new Santro will be out only at the time of the launch, there are high chances of it having a base price of Rs 4 lakh.

As fuel economy of any car plays an important role in its success in the lower-end of our market, the Santro might have to face some difficulty owing to higher mileage offered by its immediate rival.

Features:
The Renault Kwid has been on sale in two engine variants – 0.8-litre and 1.0-litre. Out of these, it will be the more powerful version that will become a direct rival to the new Hyundai Santro.

The 1000cc Renault Kwid is powered by a 999cc, 3-cylinder, petrol engine that outputs a maximum power of 53.3 bhp along with a peak torque of 72 Nm. It comes mated to a five-speed manual transmission as standard and a five-speed AMT automatic as optional.

In comparison, the new Hyundai Santro will use an updated version of the earlier i10’s 1.1-litre, four-cylinder, petrol engine that offers 68 bps and 99 Nm earlier.

The 4-cylinder architecture should make it a tad bit more refined than the 3-cylinder unit of the Kwid, Also, it has a higher torque output of [email protected]

Interior:
The Renault Kwid recently received a minor makeover. The updated model of the Kwid comes with the crawl feature for the AMT variant, a reverse camera, front power windows, remote central locking, and a rear 12V charging socket.

The Kwid also offers a touchscreen infotainment unit and a driver’s side airbag.

The 2018 Hyundai Santro will offer all the aforementioned safety features to be in compliance with the stricter safety norms. It will also offer a touchscreen infotainment unit on the top-end variants along with usual features like front power windows, central locking, and the likes.

Space at both front and rear end.

The 1.0L powertrain along with Kwid’s lighter Kerb weight makes it more energetic and peppy.