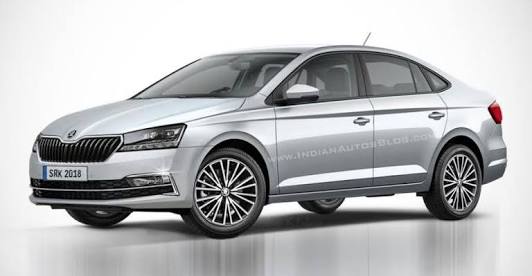 Skoda has not kept it a secret that the company is working hard on its next-generation Rapid sedan since a long time now. Skoda’s Rapid is known to be a global sedan which is considered to be a notch below Octavia.

Recently there has been a revelation of the first few pictures of the rapid Sedan and it has spread like fire all over the internet.

However, as per the sources the India model of 2020 rapid Skoda, will be way different from the leaked images.

The Indian model will be based on developed MQB AO IN local platform. The particular model is developed by Skoda which will be used to develop a huge range of cars such as VW T-Cross,Skoda Kamiq, new Polo, the next Vento etc.

The next-generation Skoda rapid comes with a fresh new internal and external design. The new model is bigger and wider. Rapid will be seen coming up with the following extra features:

3. LED headlight: This comes up with a daytime LED running light.

The side profile of the model comes up with alloy wheels styled which give a premium look. This model accounts for a larger greenhouse and offers more space at the rearview. The car will be very comfortable for sitting and will be launching with an electric sunroof to give it a luxurious look.

The price of Skoda’s next-generation Rapid Sedan is estimated to be costing between Rs 14 Lakhs to 16 Lakhs. (introductory, ex-showroom India).

Skoda has not yet released an official date but as per speculations, the car will be launching in India by the mid of 2021.

Skoda’s next-generation Rapid sedan will be offered in two engine options which are 1.5-litre 4-cylinder and a 1.0-litre 3-cylinder turbocharged.