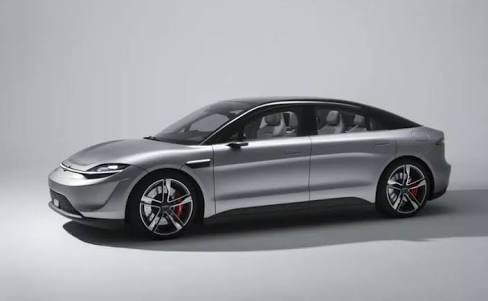 Sony is a tech giant, and it came as a pleasant surprise when Sony announced about its driverless electric sedan. The CES or Consumer Electronics Show 2020 in Las Vegas has been a witness to this grand revelation by Sony. The electric concept Sedan has been named as Vision-S. It displays Sony’s in-car entertainment system and autonomous driving mechanism.

Sony revealed the four-door sedan in the honourable presence of their chief executive officer Kenichiro Yoshida. It is expected that Vision-S will offer a host of technical features. All these will promote a highly advanced and progressive autonomous driving society.

It is still not clear if Sony is planning to come up with a car, or it will develop smart technologies for other automakers. According to a few reports, we can expect Sony to launch this electric sedan by 2030. Yoshida, in a press interview, emphasised on the fact that of late, mobile has been the mega-trend. He believes that the next mega-trend will be mobility.

Sony Vision-S has a pair of 272 bhp electric motors. It takes just 4.8 seconds to achieve a mark of 0-100 Kmph. The top speed is about 240 Kmph. There are 33 sensors that help in identifying objects and people outside as well as inside the car. Tesla’s Model S and Model X have 13 fewer sensors as compared to Vision-S.

According to the claims of Sony, the electronics giant, the sensors have CMOS image sensors. They provide high dynamic range and high definition while solid-state LiDAR and LED flicker. Sony Vision-S also offers features like telecommunication, AI, and cloud technology. You can get access to these features via a large panoramic touchscreen mounted on the dashboard. If we go by the claims of Sony, then the touchscreen can be operated using an “intuitive user interface.”

Let’s wait for a decade to be able to witness this revolutionary Sedan by Sony.