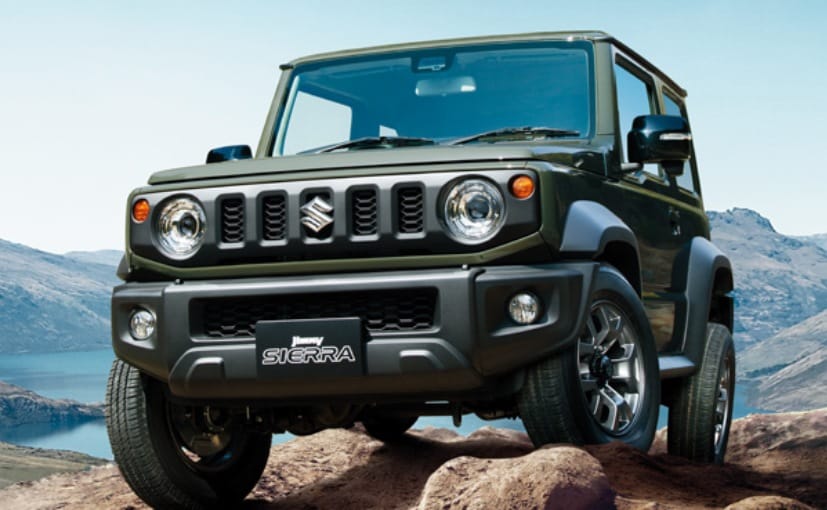 All those who have been to the Auto Expo in February 2020, is familiar with the fact that Maruti Suzuki showcased the Suzuki Jimny Sierra to get a hold of the audience response. Now, after almost seven months, Sierra was spotted testing in close proximity to the Manesar facility of Maruti Suzuki India.

For India, Maruti Suzuki is planning to launch a five-door version, while the one that has been spotted is the international version, with three doors. The test mule wore the badge of Jimny Sierra on the tailgate. This hints towards the fact that it is a model for the JDM or Japanese Domestic Market.

Jimny in the Japanese market:

There will be two configurations of Jimny for the Japanese market. One will be the standard version, with a turbo petrol engine of 660cc. Another will be a larger version that comes with more cladding.

In Europe, Jimny Sierra is badged as Jimny. This version comes equipped with a 1.5 litre naturally aspirated petrol engine, which is larger in size.

The five-door version of Jimny Sierra will be launched in Indian markets next year. The engine will be a 1.5 litre naturally aspirated engine. The same K15B unit has been used in Ertiga, Ciaz, and Brezza.

As per the assumptions, the length of the Indian version will be less than four metres. However, the engine capacity will be more than 1200cc, and hence it will not qualify as the “small car” excise sops.

Apart from the larger 5-door derivative, Maruti Suzuki will also be manufacturing the three-door Jimny in India for export purposes. Hence, the test mule can either be for the export model or for the larger Indian spec version.
Competitors for Jimny

Jimny won’t be locking horns with rival companies. Instead, it will work as a filler for the now-discontinued Maruti Gypsy. However, Jimny can be compared with the second-generation Mahindra Thar and soon-to-be-launched Force Gurkha.