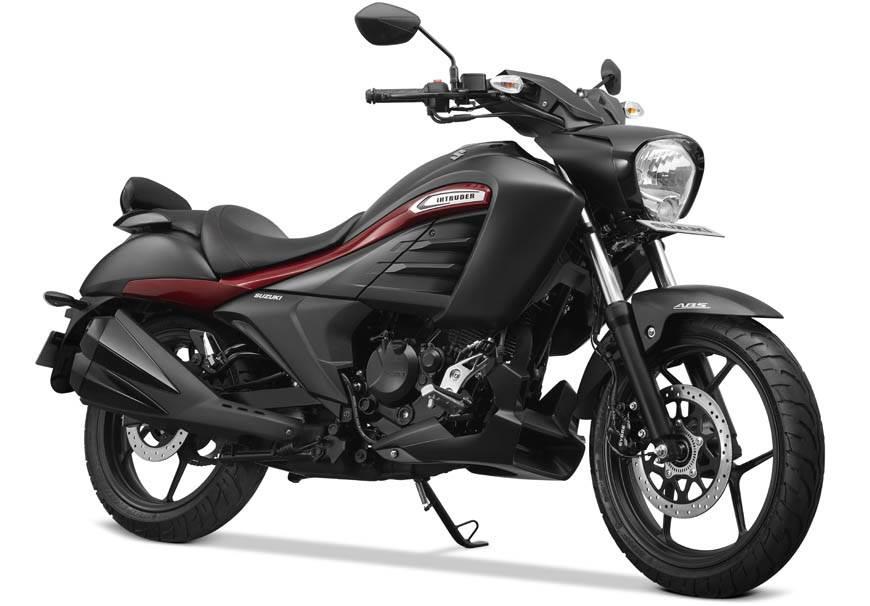 With the recent teaser unveiled by the Suzuki motorcycle, it’s clear that the new model is going to be the intruder heightened variant. It has not confirmed yet, but it’s assumed that the new Suzuki motorcycle might introduce the intruder with having an engine of 250 cc. The price range of the new Suzuki Intruder is depicted as similar to the Royal Enfield motorcycle range that can be between 1 to 1.5 lakhs. Also, the new model is going to be as similar to the Intruder BS4. It will consist with the twin rear mono-shock, telescopic front fork and disc brake feature on both ends. As after watching the new teaser, the bike is carried with the identical fuel tank capacity and its proportions.

The other features of the motorcycle consist of a big double-barrel silencer and largebackseat. The new model has borrowed the engine, suspension, brake, wheels from the Suzuki Gixxer itself. BS6 engine of 155cc with an air-cooled engine stirs up 13.6 PS at 8000rpm and 13.8Nm at 6000rpm that is reduced by 1.2 PS and 0.2Nm of the old BS4 engine.

The side look and features make it a stylish and fashionable bike. Added features describing the face of the new Suzuki intruder model also holds the big headlamp unit. Talking about the competitors in the market, then it would be a tough fight between the Suzuki Intruder and the Bajaj Avenger 220. The Bajaj Avenger can be a good deal for the customers fond of the cool and stylish bike rides in the streets as it is a budget-friendly motorcycle with a more appealing gesture as compared to the new Suzuki Intruder 2020.The Bajaj Avenger would render its customers with an enormous worth of purchasing a trendy motorcycle at a very reasonable rate.