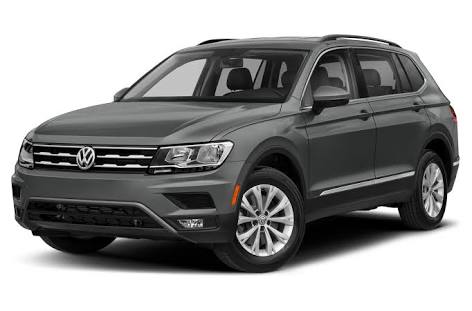 The German Automaker, Volkswagen is all set to display 4 new SUVs in the 2020AutoExpo in February. Among these, the first ones to be launched will be the Volkswagen T-ROC and  Volkswagen Tiguan Allspace  7-seater SUV.

Owing to the Government’s new import policies both the cars will arrive in the market as CBU units of  2500 models without going through the local homologation process.

The T-ROC SUV which was recently spotted testing will have the brand’s modular MQB AO  platform.

The car will feature a  two-tone paint scheme and will receive a sporty stance, relatively large wheelhouses with heavily structured wheel arches. The SUV will be modified for Indian tastes and will have a higher ground clearance than the model sold abroad. The  T-Roc will be powered by 150hp, 1.5-liter petrol engine mated to a 7-speed dual-clutch automatic gearbox. It will be priced between Rs. 18 lakhs-20 lakhs and will rival the likes of  Jeep Compass and Hyundai Tucson.

The next Volswagen SUV to be launched in India would be the Tiguan Allspace 7-seater which will be longer and `larger version of the 5-seater version of Tiguan which is currently sold in India. The SUV was revealed for the International markets in 2017 at the Detroit Motor Show but will be launched in India in the first half of this year. It will be powered by a turbocharged 2.0-liter TSI engine producing 180PS of power and 320Nm of torque and will run on a set of 17-inch Tulsa alloy wheels

Its exterior will be almost similar to the current model with a few changes like a slightly bigger rear spoiler in a glossy black shade instead of the body-colored one, a revised rear bumper with more glossy black treatment and horizontal dual exhaust ports.