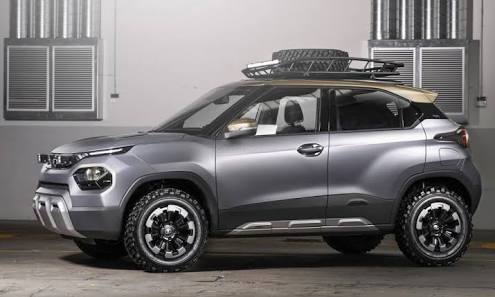 The automobile giant Tata Motors has finally come up with a revelation of its next four-wheelers in the upcoming time. As notified by the brand, it has been confirmed that its much-awaited Harrier based 7-seater Gravitas & the micro SUV based on HBX concept will be launched before March 21. The launch would be facilitated any time by the end of the 2021 financial year i.e., between April 2020- March 2021.

Not only this, but the Tata Gravitas has also come up with the good news for its fans this year. Well, it’s none other than the launch of its amazing Gravitas 7-seaters during the months of September-October 2020 (festive season). You can expect the HBX micro SUV’s launch by 2021’s first quarter ending.

The upcoming SUV will be inclusive of 6- and 7-seat options. It is known to give direct competition to the MG Hector Plus as well as the Mahindra XUV500 coming up with their next-gen models by 2021. It has to be noted that the Gravitas is going to be considered as the second Tata product that would be accompanied by the OMEGA platform.

There are various other commendable features and technicalities that the Tata HBX micro SUV shall come up with. These include its ALFA modular platform, design based on the new IMPACT 2.0 DESIGN language by Tata, 1.2 litres, 3-cylinder Revotron petrol engine, and both versions of AMT and manual. Apart from that, you can also expect the company to provide you the new 100bhp, 1.2L petrol engine.

On mentioning about the Tata Gravitas 7-seater’s characteristics, they include the BSVI compliant 2.0 litre, 4-cylinder diesel engine with an ability to power the Harrier. You can choose between the transmission choices of the Hyundai-sourced-6-speed torque convertor automatic and the 6-speed manual. It’s noteworthy that the Terrain Response System comes up with the three distinct modes i.e., Wet, Normal, and Rough. You would also come across the facilitation of several drive modes i.e., Sport, City, and Eco.