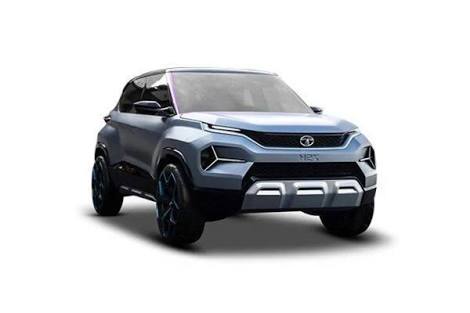 Tata Motors has officially confirmed the Tata H2X based Micro SUV. The vehicle has been spotted many times during the test, and several images were clicked and spread on the internet lately. Tata Motors also uploaded teaser images on their social media networks recently which looks pretty much impressive.

The vehicle is scheduled to be unveiled at upcoming Auto Expo which is just days away to take place at 5 February and expected to be launched in the end of 2020. Tata H2X micro SUV is the company’s second model that will be based in the ALFA modular platform. The first model to be based on this platform was the Altroz premium hatchback. Tata H2X will be powered by 1.2L petrol engine, it is expected to produce 85PS of power and 114nm torque.

As we saw in the pictures uploaded by the Tata Motors, the vehicle highlights the dual-chamber headlamps with LED daytime running lights and honeycomb grille. The car is loaded with the features which include touch screen infotainment system with Apple car play and Android Auto support. Other features are height adjustable seat of the drive, multi-functional steering wheels, digital instrument console, climate control and electric power steering.

Tata H2X will offer the similar high end safety features as Altro. The car will receive rear parking cameras and sensors, cornering stability program, dual airbags, ABS with EBD, defoggers in front and automatic dimming IRVMs. If we talk about the underpinning , it’s confirmed that Hornbill I going to be the second vehicle of TATA to feature the ALFA after the platform debuted on Tata Altroz. The expected price of Tata H2X will be around Rs 5.50 lakh, and we can expect the car to be launched in June 2020. We are couple of days away from the Auto Expo 2020, till then let’s wait what Tata is going to bring for us in the event.