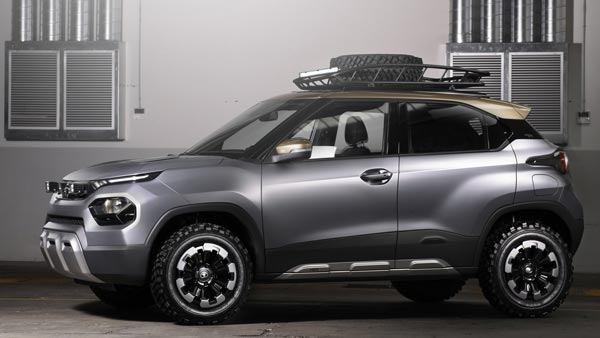 Tata HBX is undergoing tests for a long time now. The latest spy pictures of Tata HBX have given insights into the gearbox options as well.

What do the spy pictures reveal about Tata HBX?

The interiors of the Tata HBX SUV stay true to the concept model. However, there will be two gearbox options offered by Tata. If we look closely, it gets clear that the interior reflects the mix and match of bits which are already there in models like the Altroz, the Tiago and the Tigor, such as the switchgear, flat-bottom steering wheel, instrument cluster, front seats, HVAC controls as well as the 7.0-inch floating touchscreen.

We can expect the SUV to be spacious since it is based on the modular platform ALFA. The doors can be opened 90 degrees in order to facilitate ingress and egress. The space at the rear will also be adequate enough with a flat floor.

The production model will be quite similar to the concept model. The exterior will draw heavy inspiration from Tata Harrier and Safari. Similarities can actually be noticed in the set up of the split headlight as well as the Humanity Line grille by Tata. The test mule has Tata’s Duralloy. The same can be seen in models like Tiago. But the higher variants of HBX will most probably get alloy wheels.

The SUV will come equipped with an 86hp, 1.2L, 3-cylinder, naturally aspirated petrol engine paired with a 5-speed manual or a 5-speed AMT auto gearbox options. On some later stage, the addition of 1.2L turbo petrol engine can also be done.

Price and competitors of Tata HBX

Tata Showrooms can expect the arrival of HBX SUV in the second half of 2021. The price range will lie somewhere between that of the Tiago and the Altroz. The model will be competing against the petrol variants of Mahindra KUV100 NXT, Ford Freestyle and Maruti Ignis. The upcoming Hyundai AX micro-SUV can also be its competitor. The cost of this SUV can be around INR 4.5 to 7.5 lakhs.