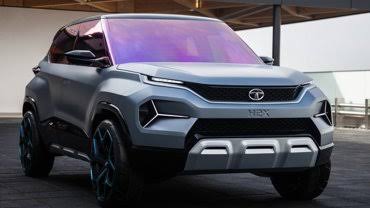 The new Tata H2X micro SUV concept which was unveiled at the Geneva Motor Show in 2019 has been dubbed as the Tata Hornbill and is now all set to make its debut in February this year.

The car has already been seen testing in India. It is based on the Advanced Modular Platform (AMP) which also underpins the Tata Alfa and also other upcoming cars from Tata’s portfolio. and from what we get to see in the spy pictures, the micro SUV appears to have squared-off wheel arches.

At the rear, the tail-lights resembles the one seen on the concept car. It also gets a rear windshield wiper and the rear door handles that are expected to be positioned on the C-pillar.

Coming to the exterior design the Tata H2X gets similar styling like that of Harrier like a two-part headlamp cluster, LED DRLs, a slim front grille in a honeycomb design, etc.

It also seems like the H2X will receive a sloping roofline and a rising window line. The car measures 3,840mm in length, 1,822m in width, 1,635mm in height and a wheelbase measuring 2,450mm.

The Tata H2X will be powered by a 1.2-liter naturally aspirated petrol engine from the Tiago paired and will be mated to either a 5-speed manual gearbox or a 5-speed automated manual transmission system.