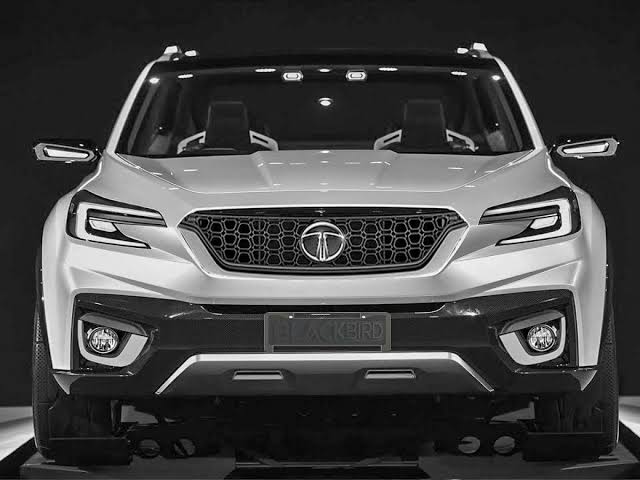 Tata Blackbird had been heard for years now. Long back in 2019, the name Tata Blackbird was floated and people got excited about the model. However, the COVID 19 pandemic had put a brake on the development of the SUV from Tata. In the meantime, Tata Nexon EV had become the best-selling EV in the country and the Tata Punch has become the safest micro SUV in the Indian automobile market. On top of all these improvements, Tata had also become the second most selling brand in the month of December 2021.

Now Tata is bringing back the Creta Rival codenamed Black Bird. Tata plans to launch the coupe version of the Nexon in early 2023. As of now, Hyundai Creta and Kia Seltos are leading the segment. The competition between the Korean car makers and the Indian automobile giant is a well-known news. If everything goes as per the plan, Tata will slowly gain the numbers in 2022 and by 2023, it wouldn’t be a surprise if Tata dethrones Hyundai from the position 2. However, the number one position is safely held by the Maruti Suzuki.

The Black Bird will be based on the same platform as the largely famous Nexon. However, the new Black Bird will be longer and larger than the Nexon. Since, the new SUV will go head to head with the likes of Hyundai Creta, Skoda Kushaq, Kia Seltos, Volkswagen Taigun, the newly developed SUV will be around 4.3m long.

The Creta rival will have a 1.5 litre turbocharged petrol engine. However, looking at the trajectory that the company is taking, we can expect the Black Bird to come in both diesel and petrol engine variants. Diesel engine with 1.5L displacement will power the coupe version of the SUV. Apart from the internal combustion engines, you can also expect the company to come up with an electric variant.

It is to be noted that MG ZS EV will also undergo a facelift in 2022 with better exteriors, augmented interiors and a larger battery pack that provides longer range. Since, Tata Black Bird will also face competition from MG ZS EV, we can expect the new Tata SUV to have a reliable ADAS.

Tata motors is giving a good thought before launching its products and each model is competing with many rivals. While conventional wisdom demands that the car have lesser number of competitors, Tata is taking the unconventional approach and it has been going good for the company till now. So, when the IC engine variants of the Black Bird will compete with the likes of Creta, Seltos, the electric vehciles will compete with MG ZS EV and upcoming models from other companies.

Black Bird will be developed on the same platform as Nexon, so you can expect it to maintain the same stylish fronts. In fact, the new SUV will have the same design up to the B pillar. After the B pillar, the Black Bird will have an elongated rear. The elongated design also calls for a slightly longer wheelbase. On the front, it will have the projector LED lamps, tri arrow grille, and claddings to give the unique SUV look.

In the interior, we can expect the model to have a 10” infotainment screen, on wheel controls for media player, and premium upholstery. The tri-arrow designed upholstery, automatic climate control with 2 zones, 8 way adjustable seats are a few of the features to expect in the Tata Black Bird 2023. On the rear, you can see a lavish claddings with the stylish tail lights.

Tata has carved out a niche for itself and the image that the Tata cars are some of the safest cars in the country. So, you can expect the same in the new SUV. The Creta rival from Tata will have ABS, 6 airbags, EBD, Hill Hold, and other safety features. With competition from both MG & Mahindra bringing in ADAS, Tata will also bring the Advanced Driver Assist System that enhances the safety of the car.

Tata Creta Rival price in India will start from ₹9-10 Lakhs and could go all the way up to 17-18 Lakhs. While Hyundai and Tata are constantly at logger heads, the real rivalry of the brands will start in the year 2023, when Tata will bring the Black Bird.

Tata will be rejuvenated with the recent success of their run in the final month of 2021, when they have come close to becoming the number one car seller in the country. Tata will also fight with the Korean carmakers on the price front and you can be surprised if the company starts the model at a price less than 9 Lakhs.

So, what do you think about the resurgence of the Tata Motors as a brand and the much awaited Tata Black Bird or the Tata Nexon Coupe version?