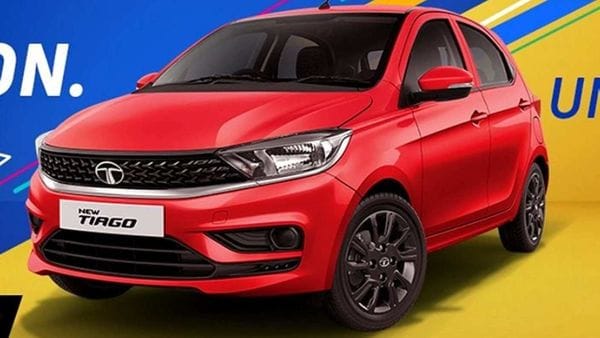 Tata Tiago is a unique model in the Tata line-up that had its name changed after promoting the model all over the world. Tata had finalised the name Zica and it even used prominent sport stars like Lionel Messi to promote the car. However, the Zika Virus scare around the world had made it to rename the car as Tiago.

Under the Hood of Tata Tiago

The new facelifted Tata Tiago NRG is powered by the same BS 6 compliant Revotron 1.2 Litre 3 cylinder petrol engine which produces a maximum power of 85 bhp of power and 113 Nm of torque. The engine is mated wither with a 5 – speed manual or AMT gear system.

The facelifted edition will have a new sporty look with a new black grille and bold bumpers. The new black cladding similar to the other models of Tata, faux skid plate and a black insert tailgate will make the Tiago look fresh. The car will also get a prominent badge with NRG on it.

On the inside, Tiago NRG will have a new 7 inch infotainment screen that has compatibility with both Android Auto & Apple Car Play. The upholstery is upgraded with the tri-arrow designs that Tata is following in all the models now. The Harman music system, dual airbags, rear parking sensors, ABS with EBD and speed sensors all ensure that the Tiago NRG looks and feels premium.

The direct competition for Tata Tiago NRG, Maruti Suzuki Celerio X was discontinued due to the non-compliance with the BS6 emission standards. So, Tata is definitely getting a freehand in the mid-sized hatchback segment.