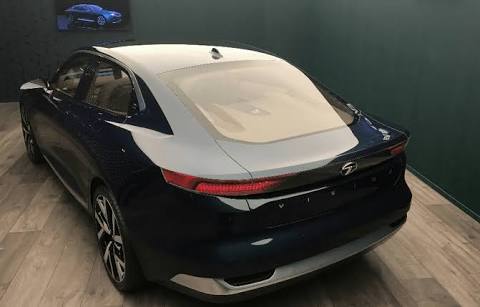 Tata has been working on the mid-sized sedan for quite a long time. It is expected to be launched sometime in next year. The mid-sized sedan Tata Peregrin will be based on Tata Altrox and likely to lock horns against Maruti Suzuki Ciaz, Honda City and Hyundai Verna. Apart from these, it will give fierce competition to the Volkswagen Vento. The design of the sedan will be inspired by the concept of sleek EVision. Internally, this mid-sized sedan will be called as Peregrin as per the latest reports.

As seen in the images, the appearance of the car is exceedingly appealing as compared to the Honda City, Maruti Suzuki and its other rivals. It comes with the modern design which we have not seen in the Indian auto market so far. The facelift and the grille of the car seem distinctive. The codename of the sedan is X452, but once it launches it will have a different name. It is very much expected to be based on the IMPACT 2.0 Design language that we have already seen in Tata Harrier and Tata Altroz hatchback. Tata Peregrin will get a new taillamp, distinctively designed bumper, a unique notchback and so much more.

Powering the engine, Tata peregrine will come equipped with the 1.2 l turbocharged engine of petrol and 1.5 L, 4-cylinder turbo engine of diesel. Talking about the former, it is good for 120 PS of power and peak torque of 170 nm. It will also receive plenty of modern features in the interior. More details about the interior will be revealed soon. The interior of the sedan looks extremely premier and spacious while the oil burner has the ability to produce 110 ps and 260 nm.