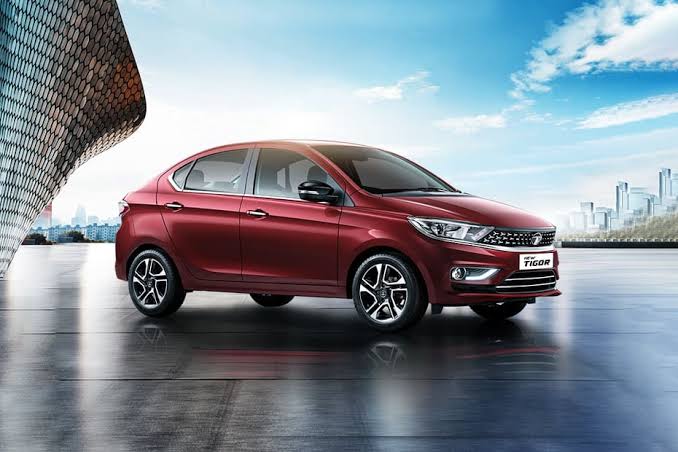 Tata motors had become the second most selling car brand of India in December 2021. While Tata has managed to sell 35,000 odd vehicles in December 2021, Hyundai sold around 32,000 vehicles in the same time. Tata is growing fast with an excellent line-up of hatchbacks, micro SUV, compact SUV, SUVs. With an ever increasing line-up of passenger vehicles, it will not be very long before Tata dethrones Hyundai from the second position in the overall sales.

Tata Tiago & Tigor are the successors of the famous Indica & Indigo. Both the hatchback and the sedan are based on the same platform as their predecessors. However, the success of the Tiago & Tigor has made it the bulk powerhouse of the brand’s entry level cars. In order to compete with the slurry of CNG models from Maruti Suzuki, Tata has also actively developed the CNG variants of these cars.

With the increasing fuel prices, people are looking for a more economical way of travelling. Although Tata Nexon EV and other EVs being developed from the brand are good options, the poor charging infrastructure in the country has put off many aspiring car buyers. At the same time, if you like the efficient and cost-effective trips, the CNG cars are much better.

You can easily find fuel stations with CNG offering in many top cities and even on the highway. While, one still has to take care to find the right fuel stations, you need not worry about running out of charge in the middle of nowhere. CNG engines are slightly under-powered when compared to the petrol or diesel variants but they offer a peace of mind. The running cost of the CNG cars are less than half of what you need spend on petrol cars.

Tata Tiago & Tigor had seen a facelift in the year 2020 with included features and additional colour options. This new 2022 Tata Tiago CNG will come with some slight improvements on the inside but the exterior will largely remain the same.

The official launch of Tiago & the sedan Tigor will be on January 19th. Right now, the brand is offering deep discounts for the cars of 2021 make year. Although a launch before the Makar Sankranti or Pongal would have helped the brand boost the sales, Tata decided to delay the launch by a week so that the old models could be sold.

While the official launch date is on 19th, most Tata dealers have started to accept token advance amounts from customers. So, you can reach the nearest Tata dealer and enquire about the bookings, if you want to book one. We are sure that you will not be disappointed.

The new Tata Tiago CNG 2022 will not see any major changes in the dimensions. Tiago CNG will also be based on the same Tata XO platform. It will still come with an overall length of 3746 mm and a width of 1535 mm. The only visible change will be the inclusion of the CNG badge on the rear and sides of the car. The green CNG badge will differentiate the CNG variants from the petrol & diesel cars.

Tata Tigor will also maintain the same external dimensions of 3992 mm length and 1677 mm width. The sedan will retain the same interiors and exteriors.

Tiago will use the 1.2 Litre engine that uses CNG. However, the power output and the torque of the new engine will be less than the petrol or diesel. Since the existing petrol engine produces a maximum power of 85 hp, we can expect the CNG engine to have an output of around 70 hp of power. At this power, the engine will be comparable to that of the Renault KWID or Triber. Definitely, not bad for a CNG car. Given the smaller size and weight of the cars, Tata Tiago & Tigor CNG will not feel sluggish.

It will still remain a powerful car that can throttle as per your needs. Inside the city, you wouldn’t notice any considerable power drops. However on the highway, you could see a marginal fall of power. Particular for the racy drivers, it could feel a tad slow.

Tata Tigor and Tiago CNG will come with manual gearboxes and is not expected to have an automatic gearbox. Tigor will face tough competition with other cars from Hyundai and Maruti Suzuki. Tata Tigor will be offered in all the fuel combinations as of now. It is to be noted that the Tigor is also available in petrol, diesel, electric variants apart from the about to be launched CNG engine.

The new CNG models will have the same safety features with 2 airbags, 7 inch infotainment screen and a host of other features. Tata is not expected to make many changes on the dashboard and interiors.

The inclusion of the CNG models will boost the sales of Tata motors. It will be a welcome relief for people who don’t want to use petrol and diesel vehicles but do not have the budget for an electric vehicle. Even if you are ready to pay a premium, the present charging infrastructure is still in the nascent stage and the CNG variants of the Tiago and Tigor will bridge that gap.

When the world moved from incandescent bulbs to CFLs and to LED lights, the transition took a while. However, the transition from the petrol diesel to electric is happening at a faster rate in the upward market of the country. It is to be reminded that the CNG engines are not just a stop gap option for the transition towards electric cars. CNG engines will stay for a few years from now and you won’t be disappointed when you buy these models from Tata.

So, what do you think about the launch of Tata Tiago CNG and Tata Tigor CNG? Will they succeed in the crowded segment where Maruti Suzuki and Hyundai has the clear edge or will Tata be able to compete with them?