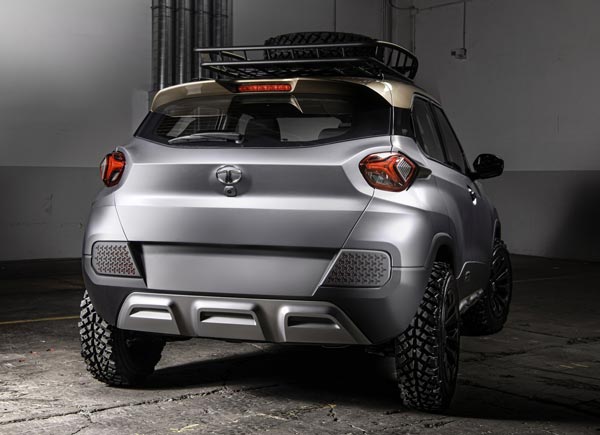 Micro SUV is an attractive segment that is bound to grow multiple times in the future. Tata is looking to cement its position across segments in the Indian automobile industry. The Indian carmaker has teased the new micro SUV HBX. The HBX concept car was unveiled in the Geneva Motor Show 2019. Then codenamed as Hornbill, after the enigmatic and mate for life Indian tropical bird, the HBX is as enigmatic as it sounds.

It is a car that is supposedly provides everything. The compact size, better mileage, sheer power and above all else a stunning look and style of the SUV. The rugged looks of the car is accentuated by the split headlamps and the front-styling that is similar to the new Tata Harrier and the age-old Safari. The cladding on front bumper and the rear makes the car look rugged and muscular.

The model will be powered by a couple of engine options. As of now only petrol versions are planned for launch but it can be safely assumed that the model will have an electric variant in the future. Tata Nexon EV has already become a popular mid-sized SUV in the country. Tata will look to capitalise on the new electric wave and bring the model in the electric line-up.

Tata HBX is based on the same ALFA architecture that is used by Tata Altroz. It will have the dimensions of 3840 mm and 1822 mm. At 1635 mm, HBX will not be tall but the wide appearance and a safe 2450 mm wheelbase means that it will be an easy to drive micro SUV. It will be powered by a 1.2 Litre naturally aspirate petrol engine. Another option will be the more powerful turbocharged petrol engine and both the options will be mated with a 5 – speed manual and AMT gearbox.

As far as the competition goes, Tata HBX fight will go head on with the likes of Renault Kiger, Mahindra KUV 100, Maruti Suzuki Ignis, Nissan Magnite and the yet to be launched Hyundai Casper.