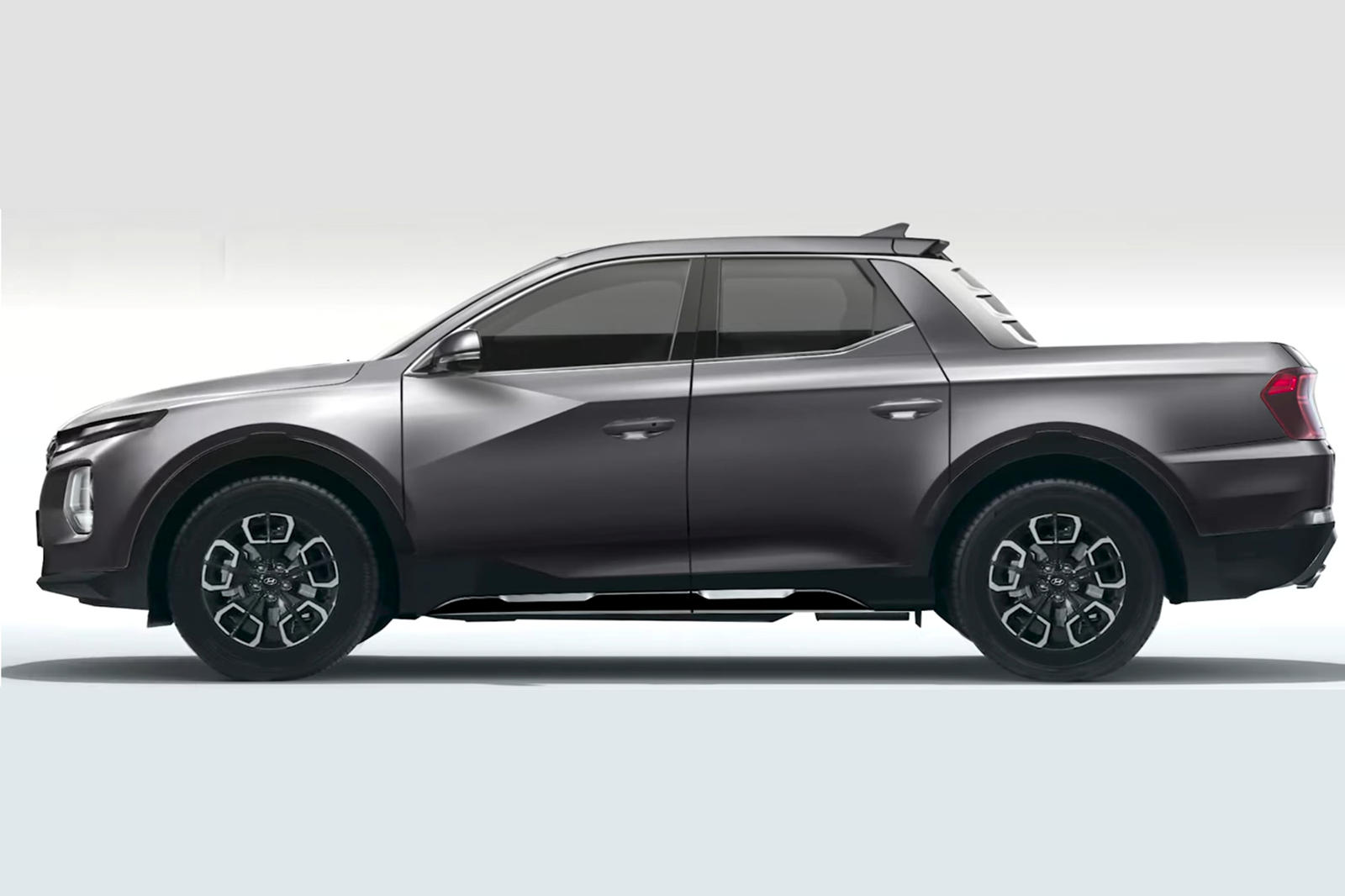 If we take a look at the teaser images of the car, the Santa Cruz pickup truck seems quite different in terms of the designs from the concept car. The images emphasise its resemblance to the fourth generation Tucson SUV. The grille, as well as the headlight design, are highly similar to that of the new Tucson.

The side profile of the teaser images reveals that the Hyundai is planning to launch the Santa Cruz as a crew cab with a five-door layout. The original concept car has an extended cab design with two doors. Also, there are small suicide doors that give access to the rear section.

At the rear end, the pickup bed is a tad bit small because of the cab layout. The difference lies in the design of the LED tail light. There are no LED signatures as well as no light strip for connecting the two sides.

The technical details have not been revealed by Hyundai yet. But according to the claims of the carmaker, the car comes equipped with powerful and efficient powertrain options. The vehicle will be based on a monocoque chassis. It will also receive an all-wheel-drive layout.

We have not heard anything about the launch of the Hyundai Santa Cruz pickup truck in India. Also, the model is aimed to rival the likes of Honda Ridgeline and Ford Maverick in the North American market.

But Hyundai is planning to launch a few other models in the Indian automobile market this year, like the Alcazar SUV. It is based on the Creta and the i20 N Line.