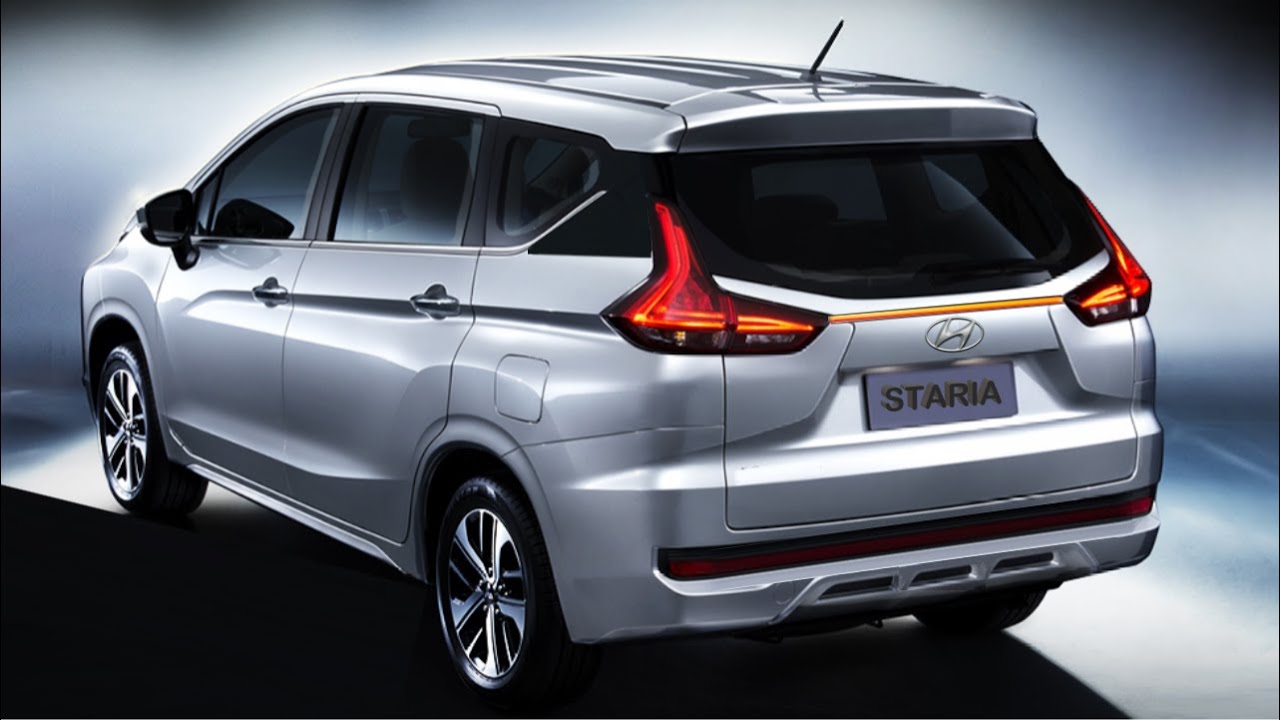 What do the exterior teasers say about the Hyundai Staria MPV?

Hyundai’s latest MPV has a tall cabin with a rounded front styling that includes a large front windshield, an edge-to-edge light bar, and a wide grille with two vertically spaced rectangular-shaped headlamps at each corner. Depending on the variant, chrome accents and LED headlamps can be added to the grille and headlamps, respectively.

To provide enough cabin headroom, it has a distinctive angular shape on the sides, with a tapering glasshouse towards the front and a boxy rear styling. The Staria MPV’s overall architecture is reminiscent of a starship. It has a slab-sided tailgate with two vertically mounted tail-lamp units that resemble pixels in the back.

What do the interior teasers say about the Hyundai Staria MPV?

Hyundai has also teased a multi-layered dashboard with a dual-tone paint theme for the Staria MPV. It features a centrally mounted screen and ambient lighting, and the automatic transmission is expected to be controlled via buttons similar to those found on the current-generation Hyundai Santa Fe SUV sold in other markets. Individual captain’s chairs with extensions will be available in Staria’s second row, along with other high-end features similar to those found on the Toyota Vellfire in India. The lower models, on the other hand, should anticipate regular bench seats and multiple-row seating.

On the powertrain hand, not much is known, but depending on the market, expect a range of petrol and diesel engine choices for the MPV. The Staria’s engine and transmission choices would most likely be identical to those found on the Tucson and Santa Fe around the world.

Will the Hyundai Staria MPV be available in India?

The Starex will be available in a variety of trim levels, starting with standard multi-seat options and progressing to premium trims with fewer seats and more amenities. Although the Hyundai Staria MPV is not expected to arrive in the United States, its arch-rival, the Toyota Hiace, recently went on sale in India in limited quantities. Apart from the Staria, Hyundai is also working on a brand-new MPV based on the current-generation Kia Carnival.

Hyundai’s forthcoming new model launch will be the 7-seat Alcazar SUV, which will be based on the Creta. Hyundai is also expected to introduce the latest AX1 micro-SUV to the Indian market later this year.