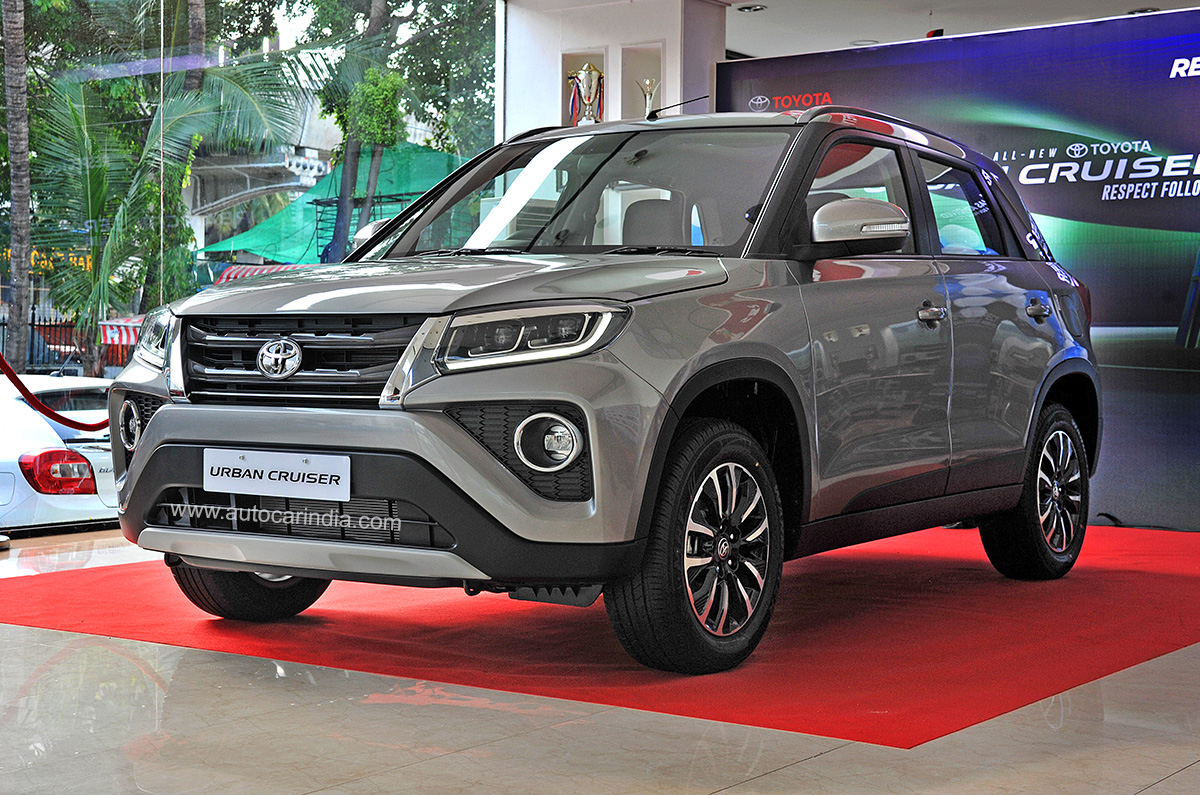 SUV – Sports Utility Vehicles are machines of great comfort and ease. The road presence the form factor and the visual style, the high ground clearance, off-road capabilities, etc., makes it an amazing vehicle to have. However, the fast growing sub-segments of SUV are not the mean and powerful machines that are made specifically for off-roading experience. It is the urban SUV, that are larger than hatchbacks but with the touch of a family car and a hint of the4 SUV form factor.

SUVs in India is undergoing a great surge with the introduction of new models by almost all brands on the country. It starts with micro-SUVs, compact SUVs, mid-sized and the real SUVs. The urban talk is about the compact SUVs that provide the comfort of the SUV without compromising on the family-friendliness. In this line-up, it is important to note a few.

Toyota Urban cruiser is the latest compact SUV to be launched in India. The new SUV in India is launched at a crucial juncture when the market is starting to show signs of growth in spite of the long and tedious lockdowns and COVID related slowdown of the economy.

The compact SUV will go head on head with many players like the Indian automobile manufacturer, Tata’s Punch, Hyundai AX1, Citroen C3, Mahindra KUV 100 and other models. The sub 4 metre car is getting widespread attention the company direly needs. Toyota didn’t have any major launches or successes in the recent time and all these factors make the Toyota Urban Cruiser.

At 3995 mm length, 1790 mm of width and a healthy height of 1640 mm, it is one of the most spacious cars in the segment. It is powered by 1462 cc 4 cylinder, inline petrol engine that produces a maximum power of 103 bhp and 138 Nm of torque. The Toyota mini-SUV provides a good 17 kmpl of mileage. The Japanese carmaker has refined the features of the vehicle but the external styling is a little off.

The interior is fully furnished and provides a lot of practical solutions. The large instrument cluster, infotainment screen, controls on the steering wheel, all indicate driver friendliness. It is a car that you wouldn’t regret buying.

However, if you are a sucker for options, then we have two more launches coming up in the same segment. One is the home-borne Tata Punch and another is the Korean made Hyundai AX1. Both of these cars have already been unveiled and the Tata Punch can be expected to be launched around October first or second week. The festival period or the Pooja holidays are just around the corner, and Tata wouldn’t miss the occasion for the launch.

Tata Punch was unveiled last year in the Auto Expo 2020 as the Tata HBX concept car. The futuristic styling, the black claddings on the exterior, the bonnet, the box-like rear with triangle lights and the high ground clearance all makes it a refreshing model in the micro-SUV segment.

As the model is yet to be launched we can only hope that the price of the final model will be around 5-8 Lakhs for different variants. It would seem that the micro SUV of Tata would use the same 1.2 Litre petrol engine that powers the Tata Tigor. With a mileage of 20 km per litre of petrol, it will be one of the safest bets for the average urban family of India.

It is to be noted that all Tata cars have scored a 4 out of 5 ratings in the safety conditions. We can expect Tata Punch to follow the same. The broad and high form factor makes it look like a Tata Harrier albeit of a smaller size.

Another contender in the micro SUV segment is the Hyundai AX1. The Korean micro SUV is based on the K1 platform of the company that houses both Santro & the Grand i10. If Hyundai Venue was a scaled down version of the SUV Creta, the AX1 will be a mini Hyundai Venue.

As the car is yet to be launched in India, not much is known about the model. We are sure that the Hyundai micro SUV will be powered by a 1.2 Litre or the 1.2 Litre petrol engine. Based on the spy pictures, Hyundai AX1 will look rugged and powerful like the Tata Punch.

Tata Punch will undercut the Tata Nexon and hence it can be assumed that the launch price of the Tata Micro SUV will be around 5.5 Lakhs to 8 Lakhs. Moreover, Tata also has the home ground advantage and the slew of models could favour the Tata Motors. Tata Punch looks like an excellent candidate for an EV variant in the future. Already the Tata Nexon is one of the highest selling EVs in the country. Tata Punch could improve the lead of Tata in this segment.

Finally, no one can under-estimate the Korean giant. After all, it is the Korean companies, Hyundai & Kia that leads the sales in SUV segment with their deadly duos. Creta & Seltos and the Venue & Sonet provide an excellent advantage to the companies in terms of economy of scale. With Hyundai AX1 in the line-up we can soon expect Kia to launch a similar micro SUV in India.

It is unfair to provide the verdict on the basis of existing information but based on the data. However, we can safely say that both Hyundai & Tata would easily sail past the numbers of Toyota as the price point of Toyota is not right. For 10+ Lakhs, the market wouldn’t be interested in buying a micro SUV in India.

Toyota Urban Cruiser, Tata Punch, Hyundai AX1 and the Mahindra KUV 100 will all look to capitalise on the aspirations of the quickly growing urban class. While, Toyota has rightly eyed the market with its name, it is to be seen whether the urban mass will go for the Japanese micro SUV.