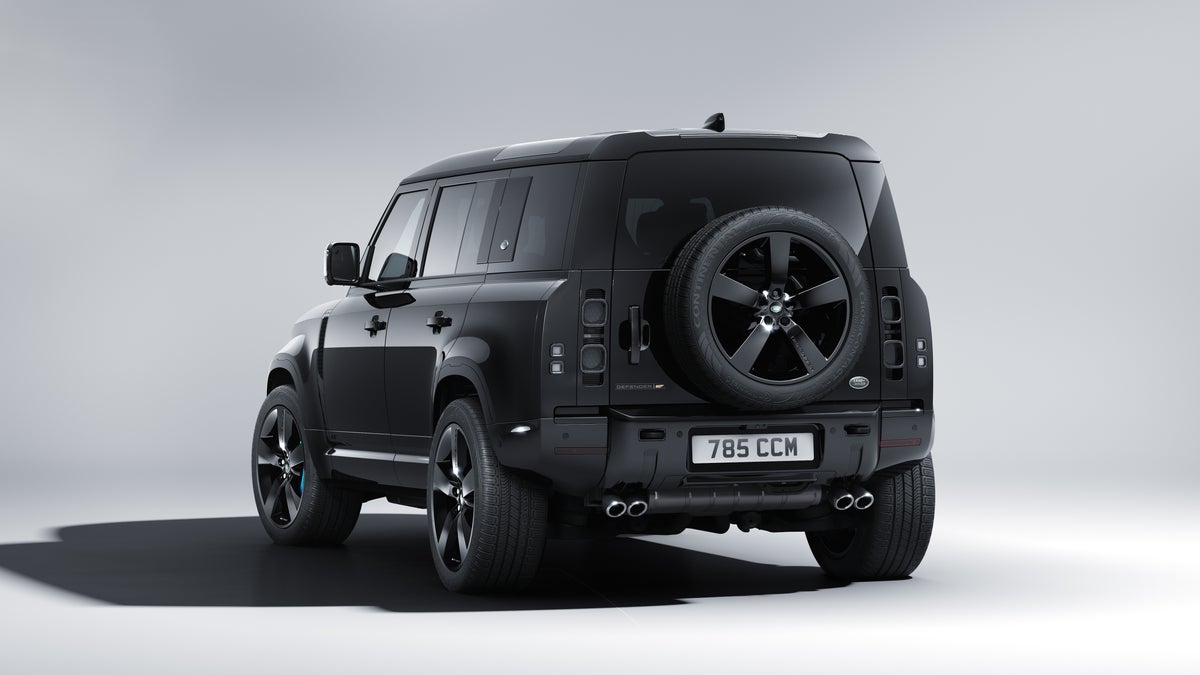 Land Rover has revealed the limited edition make The Defender V8 Bond Edition. It will only be produced to a maximum of 300 numbers around the world. This special edition will be available in both 3 door and 5 door variant. The three door variant will Defender 90 will be 4583 mm long and 2105 mm wide while standing tall at 1969 mm with a wheelbase of 2587 mm. The longer 5 door variant Defender 110 will be slightly longer than 5 meter at 5018 mm and 1972 mm high. The width remains the same as the Defender 90 while the wheelbase is substantially longer at 3022 mm.

Incidentally, the Land Rover Defender is shown in the final US trailer for the movie No Time to Die, which was launched a week ago. It will have the signature 007 marks and etchings on the interior and on the exterior. The Defender 007 badge on the rear will be an addition that you can treasure. What will stand out on the interior is the 007 themed start-up of the infotainment touch screen.

The 5.0 Liter V8 engine comes with an automatic transmission system and and it can move from 0 to 100 in just 4.9 second. It has a top speed of more than 240 kmph. Only a handful of cars have been earmarked for sale in each region as the brand has decided to keep only 300 of the limited edition SUVs.