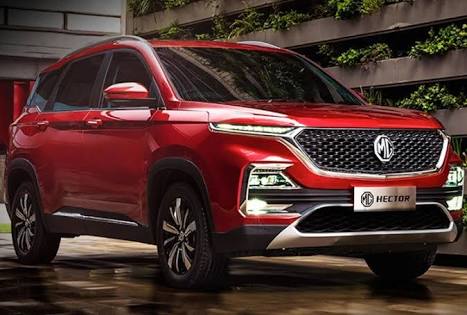 Coming week of July will be exhilarating for the motorcar industry. There is to be a big launch of the latest variants in car segment and some international reveals will be witnessed. Let us look at what is in the store for you in next week of July.

Firstly, on 13th July, we will be seeing the launch of an SUV called MG Hector plus, which is a 6 seater. You can go ahead and book the car at the official dealership or online. The pre-booking has started already, you just have to pay Rs. 50000.

Secondly, on 14th July, the launch of Hyundai Tucson facelift is there. With an engine of BS-6 compliant such as 182bhp, 2.0L diesel and 150bhp, 2.0L petrol is available for options. Transmission is going to be in three variants like 8 speed automatic in diesel, 6 speed automatic and 6-speed manual. Same is for driving modes sport, comfort and eco are available. The all-wheel-drive system has a GLS diesel variant.

On 16th July, the unveiling of new Audi RS7 Sportback is there. The main competition is going to be Mercedes –AMG E63 S and BMW M5. It is said that the variant will cost between 1.8 crore to 2.0 crore. 4.0L of the engine and V8 twin-turbo engine with 880Nm of torque and an output of 592bhp.

On global unveilings, New Ford Branco is set to be launched on 13th July and a new model of Nissan Magnite is for 16th July.