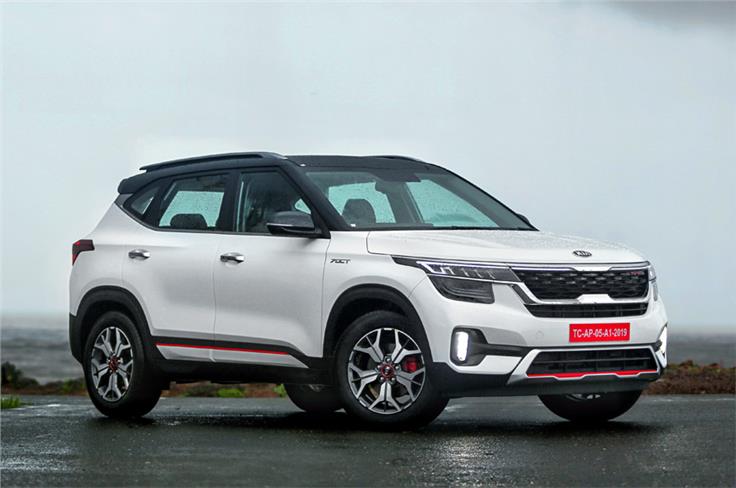 India with a population of more than 1.25 Billion and a fast growing middle-class with expendable income is a huge automobile market in the world. While western markets are almost saturated, the market potential of the Asian countries and Indian sub-continent is one of the fast growing markets in the world. However, the market requirements of India greatly varies from that of the other countries.

Every year, we list the top 10 best-selling cars of India. In this article, let us see the best selling cars of India in 2021. We list out the top 10 cars that captured the eyes and hearts of most Indians. Some of them might be new arrivals and some old cars getting a new facelift. Every year, there are a bunch of cars that stand out from the crowd and here is the complete list of them.

Maruti Suzuki is the largest automobile manufacturer in India and it comes as no surprise that the a Maruti Suzuki car is at the top of the list. In fact, Maruti Suzuki vehicles occupy the top 3 positions when it comes to the sales numbers in India. The first one being the iconic Swift. The Indo-Japanese car maker has reported that it sold over 1,72,671 units of Swift between April 2020 and March 2021. The new look of the Swift could have been the reason for its re-bounce to the top spot. After all, the Swift has been on the Indian roads for over a decade and a half.

With over 1,63,445 sold, the Suzuki Baleno overtook Wagon R to reach the second spot. This doesn’t mean it is better than Wagon R though. The Design, the performance and the market requirements have pushed this model to the second spot. And you know it is true when we say Baleno is one good-looking car. The stylish hatchback is reasonably priced at around an on-road price of ₹7,00,000. The stylish looks, economical cost of operation and good driving experience has made it the perfect car for the young generation.

India’s favourite hatchback, the Wagon R has sold over 1,60,330 units. While it is a little less than Baleno and Swift, the numbers are not that lower when compared to the second spot. The hatchback is optimal for medium and large families. CoVID and the resultant lockdowns could have played a part in Wagon R to slip down. Nevertheless, Wagon R is set to rise up in the coming years. the model has been manufactured by MS since 1995 and it has made itself a large fanbase across countries.

After the top 3 positions by the Suzuki, it is the turn of the Korean carmaker Hyundai. You would notice atleast one Grand i10 on the road every day. The recent version, the i10 Nios primarily comes in a unique dark blue colour, making it stand out from other cars. Hyundai has reported that it had sold over 81,667 units of Grand i10 last year. The compact size and the name i10 have created for itself in the past years all contribute to its continual success. When it comes to balancing the budget and the comfort, Hyundai Grand i10 has been spot on, on the customer expectation. The pocket friendly budget and the packed features of the car has made it a crowd favourite.

First SUV in the list of the best selling cars of 2021. In fact you should read about the change of automobile landscape in India – on how India had changed into a market of SUVs. Creta is Hyundai’s answer for a compact SUV for the Indian Market. Priced between ₹10 to ₹18 lakhs, the SUV is a way larger than hatchbacks and more compact than most SUV’s. It seems Hyundai found a balancing point between hatchbacks and Hummers. Over 86,397 units of Creta were sold last year by Hyundai, all across the country. An additional detailed that emerged was that the Facelift version of Creta sold more than the original version. Maybe the Indian market loves the revised cars more than the originals?

Kia’s Seltos is a flagship model for the Indian market and surprisingly, it performed well for a newly introduced brand. Afterall, Kia came into India only during the latter part of 2019. The Korean carmaker was in for luck as their SUV was more than welcome on the Indian roads. Even the parent company Hyundai wouldn’t have expected this success for Kia. Kia Seltos & Hyundai Creta are cousins as both these cars are based on the same platform and are almost the same. Over 91,417 cars were sold by Kia and this may be due to the captivating features offered by the automaker. Features like Internet Inside, sporty looks and a more than expected performance caught the eyes of Indians. It is priced between ₹9 – ₹18 lakhs.

It is time for the Maruti to come back again in the list. Anybody missed the Maruti Suzuki? Yes, the utility van that looks like a cross between Wagon R and the old Omni. Priced between ₹ 3.9 – 5.5 lakhs, the Van has found a place in the top 10 list. MS sold over 88,265 units of Eeco last year and it is one of the reasons (other than the top 3 in our list) for Maruti’s huge sales last year. Its large seating capacity has turned it into the perfect family car in India. Not to offend Wagon R, but the size of Eeco is bigger and it could be the reason for its rise in India. Eeco is the perfect vehicle for you whether you have a large family or a small business or a large service business. It is one versatile vehicle that can meet your most random demands. As far as looks and style is concerned, Wagon R is always the best!

Hyundai Venue can be called as Creta’s little brother, for both the vehicles are from the same SUV segment of Hyundai. The specifications, performance and looks are all, a bit economical in Venue. The price of the vehicle is way lesser than Creta, ₹ 7 – 12 lakhs. Hyundai sold over 92,972 units of venue last year, which is more than Creta. The price range and the brand name have a lot to say in Venue’s sales. All in all, the vehicle is a great choice for micro SUV lovers. Also, don’t forget the Kia cousin of Venue, the Sonet.

The most popular hatchback from Maruti Suzuki after its old 800 models is still strong and growing. With over 1,58,992 units sold last year, the Alto is continuously testing its limits in the Indian roads. Although there are newer models and brands coming up, people find Alto to be the best compact vehicle. You know it to be true, too. With a growing number of cars in the roads, it is best if you own this compact SUV to get in and out of cities fast! It seems that no one has forgotten the famous ad campaigns of the company, Lets Go in an Alto.

Finally, a sedan in the list. The sub 4 metre Sedan from Maruti Suzuki is based on the hatchback Swift. Although the carmaker has its own premium Sedan, Ciaz onthe roads, the Dzire model seems to have captured people’s hearts. This might be due to the fact that Dzire it is more budget friendly and easy to drive on the roads with a shorter length. Not to mention the lower operating costs. In the year 2021, Maruti had sold over 1,28,251 units of Dzire in India.

Although there are several models from several automakers available in India, these vehicles stood out in the previous year. In a quickly growing and changing market like India, we can never be sure that there won’t be a change in the positions next year. In fact, Tata Motors will soon enter the top 10 selling cars and it won’t be a surprise if the company manages to take 2 positions in the top 10.

A number of other vehicles have to be mentioned for their iconic role in changing the Indian automobile market in the past year.

The compact SUV from the Tata Motors have changed the public perception about the Tata Motors. It is one of the top selling cars in the EV segment in the country. It has even been taken into the fleets of Gujrat government.

Although Tata Punch was only launched in the fag-end of the calendar year, it requires a mention as the micro SUV from the Tata Motors is the safest vehicle in India that has scored 5 star rating in the global NCAP testing.

MG Hector did not have the high numbers but to be fair, the Morrison Garage vehicle is redefining the SUV segment in the country. It has quickly become a hallmark for good SUVs in the country.

It could be unbelievable that Renault has been growing quickly in the country and the compact hatchback KWID is competing with many Maruti Suzuki models and grabbing its place in the Indian automobile market.