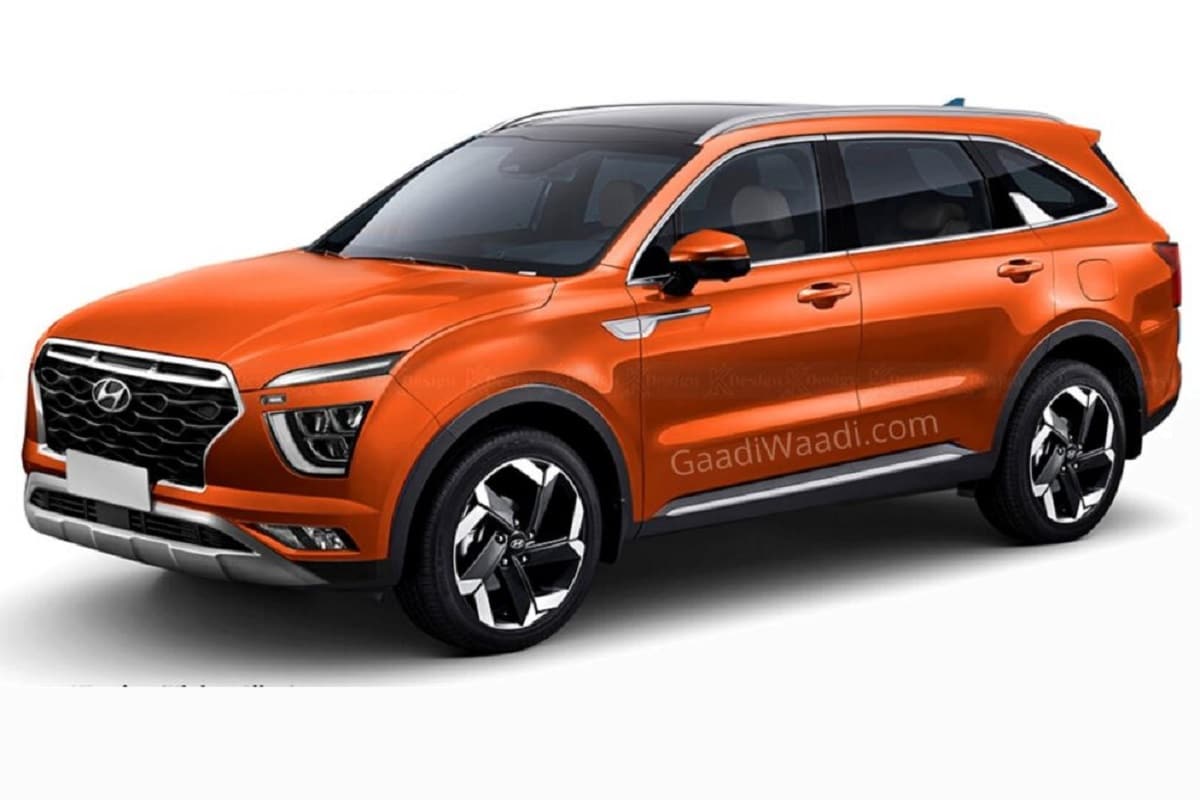 The Alcazar, Hyundai’s newest three-row SUV, was unveiled for the first time on Tuesday. The sedan, which is based on the Creta, will be Hyundai’s first seven-seater in India. The Alcazar would most likely compete with the MG Hector Plus and the Tata Safari. The Alcazar will be available in six-seat and seven-seat configurations and will be based on the same platform as the Creta.

The car would be a much longer version of its 5-seater twin, with an expanded rear portion to accommodate the third row, according to the concept sketches. The split concept of the Creta’s tail lamps is carried over here. The Alcazar, on the other hand, has a wider two-part unit that wraps around the tailgate. A more prominent skid plate and a slightly altered front grille have also been fitted to the bumpers. Alcazar’s alloy will also be rebuilt, according to customers.

The most significant change, as depicted in the sketches, is the addition of captain seats in the second row. A special floor-mounted armrest with cup holders and storage space will also be included in the SUV. The dash style is essentially the same as the Creta’s, but it’s now finished in the same grey and tan colour scheme as the seats. The third row, on the other hand, will only be accessible after the middle seats have been folded.

The Alcazar will be fitted with ADAS, also known as Hyundai SmartSense, in other markets. Forward collision assist, automatic energy braking, driver attention warning, automatic emergency braking when turning, and rear cross-traffic alert are among the features available. The Alcazar is also supposed to have smart cruise control and lane-departure warning.