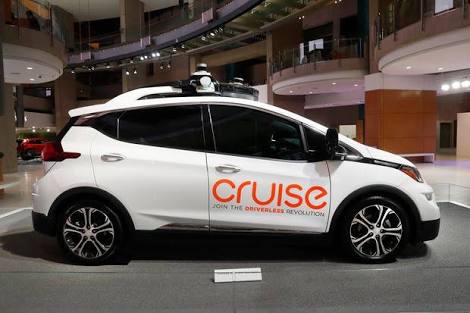 The Cruise has unveiled its fourth-generation vehicle, which is entirely driverless. Some pictures of the car were captured in San Francisco. The vehicle has a self-driving ride sharing system made by the cruise. The company still has not confirmed when it will be out on the roads for people, but it is expected that it will not take too much time. The vehicle will be completely electric rather than being hybrid as other projects.

The company is also offering a ride service associated with Uber and Lyft by providing the most consistent experience that will save the energy and valuable money of people. The service life of the vehicle will be more than a million miles. The car comes with an easy hardware and upgradability. The design of the car looks incredible from both outside and inside. It comes with the slide doors, huge cabin and many more.

The Chief engineer, Mr. Jason Fischer, said, “We are leveraging all the resources that we can for the new GM electric platform,” The company claimed that the Cruise Origin is going to have exciting features like new generation sensors, hardware altogether have capabilities of superhuman. It seems that many generation of sensors technologies are going to be installed on the vehicle. The car is capable enough to ride on the highway speeds, but it is not confirmed how fast it will go.

The Chief engineer Mr. Jason Fischer also said, “There’s a level of maturity in this vehicle that we’re very proud of that we haven’t seen in the industry,” The origin and its services will be provided globally, but USA will be preferred in the short term.

As far as we know, the company itself will be responsible for the maintenance and services of the Cruise Origin. The cruise will soon decide the production location of the origin, but what date and timeline it’s going to follow is still unclear.

Cruise Origin will be first introduced to the small demonstration places, and then it will be out for city environments by taking people across various cities and making money on the airport.