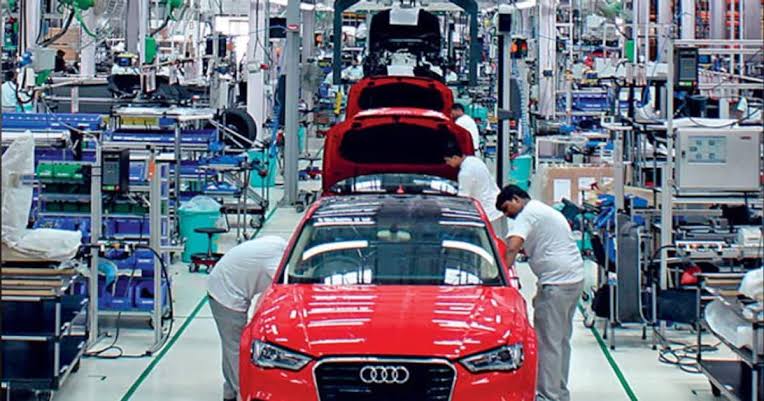 The Russia – Ukraine war had been blazing on for almost a week now. The cause for today’s war extends for at least 30 years in the past. However, that is not something that we are going to see. Let us see how the war in the Eastern Europe will affect the automobile industry in the Indian sub-continent. In today’s inter-connected world, even a war in one corner will have shockwaves all over the world.

Immediate Impact of the Russia – Ukraine War on European Industry

After the beginning of the war in Ukraine, U.S.A had laid new trade sanctions on Russia. While, this was expected, what was unexpected was the sanctions by the European Union. European Union and particularly the large economies of Germany & France are very much dependent on the Russian gas and oil for their energy requirements. Now, the Russian oil will not reach the Western European countries like it used to.

As a direct impact the demand for the middle-eastern oil, will increase. This sudden increase in the demand will sky-rocket the crude prices in the market.

It is to be noted that the petroleum price in the country had been pretty much stagnant for a few months now. With the ending of the elections in the 5 states of India, we could naturally see a rise in the price of petroleum. So, in India, we can expect a 10-15% rise in the petrol diesel prices in the near future. So the petrol prices could rise to even ₹110-115 in the next few months.

Possible Delay in the Launch of New Models

With an exception of the Japanese conglomerates, German and French automobile manufacturers have the largest group of companies that produce cars. Be it the German Volkswagen group or the French-Italian Stellantis, the groups control a major share in the launch of cars all around the world. Since, the war could have an impact on the economies of Germany & France, the parent companies might have to relook their present plans. Although, we don’t see a tectonic shift in the focus of the companies, the market demand could be affected by the war.

War economy, the demand for new products to engage in warfare could even spur an economic growth in the European continent. While nothing is certain as of now, one thing is clear that the war will destabilise the market including the Indian automobile market.

If the crude price rise goes up, countries in the European market could look for a much faster adoption to the electric vehicle segment. Although, a laggard market, Indian automobile industry could deeply benefit from the advances in the electric models of the Europe.

The petrol price rise will also spur a growth of demand for the electric cars and motorbikes in the local market. You can expect to see altered timelines in which the launch of new models will be hastened to meet the rise in demand.

China is a strategic partner of Russia and any sanctions on China could lead to an immediate shortage of semi-conductor chips and other parts that are required for the car manufacturing. Already, the industry is facing an acute shortage of the chips and many companies have altered their launch, production and delivery schedule to adjust to the supply of the semiconductors.

At the moment, we can also see the news about potential talks between the Ukraine and Russia. If the hostilities end one or the other way, then the impact of the war on the automobile industry would be minimal. Otherwise, the impact could cause tremors that will extend beyond years in the markets.

Economic Slowdown in Europe Could Cause Delay in R&D

Similarly, Ukraine is one of the largest countries in Europe. The agriculture of the country supports other Eastern European countries and to an extent have an impact on the economies of Germany and France too. The present uncertainty will make the markets bearish and this could lead to a large scale depletion of the capital from these countries. Large scale research and development projects of Volkswagen and Stellantis depends on their economies. If the war changes to a protracted conflict in the European continent, then it could slow down the automobile sector of all countries including American market.

Other Miscellaneous Impacts on the Indian Automobile Industry

Indian automobile industry to an extent depends on the import of raw materials from Japan and other countries too. Any disturbance in the international trade could have an adverse impact on the automobile sector. With an increase in the demand for the oil, the value of dollar will appreciate and it will get that much dearer to find other products in the market.

Already the Indian market is yet to be free of the impacts of an untimely and unnecessary demonetisation and an ill-implemented GST. On top of these, the global pandemic has caused a slowdown of the economic recovery. In spite of all these developments, the Indian automobile market was only getting larger.

Last year, the country had officially bought more SUVs than the hatchbacks and sedans put together. If the automobile market grows in the same fashion, then there is nothing to worry. However, for the sake of human lives and global peace, we expect that the war in Ukraine ends sooner than later.

So, what else do you think will be impacted by the Russia-Ukraine conflict?