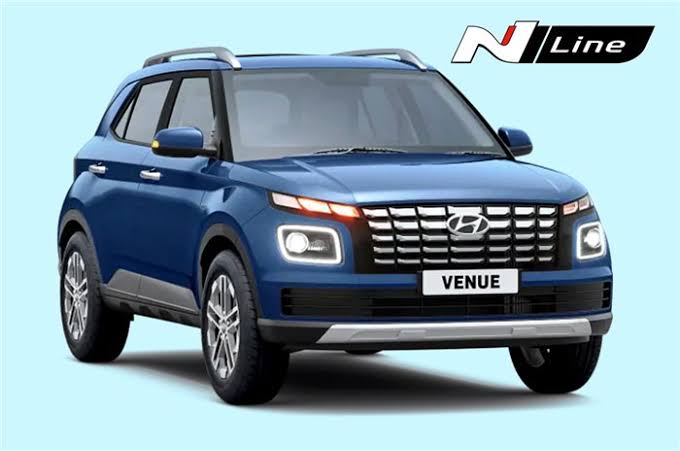 Diwali, one of the most famous festivals in India is a good time for many reasons. Firstly, it is the festival of lights and crackers. Other than the usual dhamaka, the festival season is also famous for the many new launches & offers many brands offer. Interestingly, this Diwali is going to be a huge treat for all car lovers in India, for all the major Indian automakers are giving out some of their best models to the market. Maruti Suzuki, Hyundai, Mahindra, Tata Motors, and even MG has joined in to release their state-of-the-art cars. Now, let’s have a look at all of them and see what might interest you.

Scheduled to be launched on September 6, this new venue from Hyundai is the company’s second N Line model after its i20. This compact SUV will be powered only a 1.0-litre turbo-petrol engine that produces 120hp and 172Nm torque. The Venue N-line will be offered with only a 7-speed dual-clutch automatic gearbox though. This will make it an ideal vehicle to be driven in cities. It will be offered as two trims, N6 and N8 along with upgraded looks which include sportier bumpers, new colours, N Line badges. On the inside, it’s getting a new upholstery, red accents and aluminium pedals. The price of the new Venue N-line could be about ₹1 – 1.5 lakhs more than the standard Venue, which stands at ₹7.30 lakhs.

Mahindra’s plan to launch 5 new EVs in India, is kick-starting by the launch of its grand new XUV400. This is an electric version of the ICE-powered XUV300 but it will be longer than the same by about 4 metres. The powertrain details are not yet unveiled by the company, but Mahindra is likely to equip it with a single front-wheel-drive electric motor which could make about 150hp. Also, the EV is likely to come with two battery pack options. Other refinements include Mahindra’s home-grown AdrenoX infotainment system and ADAS features. The price and other features of the EV will be available after its launch on September 8.

Toyota unveiled this compact SUV back in July, mainly as a competitor to Hyundai’s Creta and Kia’s Seltos. Powered by Toyota’s 1.5-litre TNGA Atkinson Cycle engine that produces 92hp and 122Nm torque, the midsize SUV will get a hybrid powertrain as well. The strong hybrid version of Hyryder will also be equipped with an electric motor that makes 79hp and 141Nm torque. A 177.6V lithium-ion battery will be powering the electric motor. The interiors are well decorated with premium features and Toyota is sure to get a lot of fans in the SUV segments with this new vehicle.

The Grand Vitara could be called a sibling to the Urban Cruiser Hyryder from Toyota. Both their parent companies share their tech & design, and this is reflected in both these modes. They will share the same powertrain options, the ICE and hybrid options. The interiors will be similar too, but with noticeable differences. Both the models are being manufactured at the Bidadi plant in Karnataka. Maruti Suzuki is waiting for Toyota to launch their HyRyder first though. Bookings for the Grand Vitara SUV have been underway since July 11 and they will be delivered through the company’s Nexa outlets.

Priced at ₹17.79 lakh for the petrol and ₹18.10 lakh for the diesel, the Sonet X-line could be called a new top-spec variant of Kia’s Sonet. It is expected to get a 1.0-litre turbo-petrol, or a 1.5-litre diesel engine with only an automatic gearbox option. The 1.0-litre turbo-petrol unit which can produce 120hp, will be mated to a 7-speed DCT, while the 1.5-litre diesel engine which goes up to 115hp, will be paired with a 6-speed torque converter automatic gearbox. It will also get larger 17-inch alloy wheels, a new matte graphite paint, piano black rear-view mirrors and a lot more to accentuate its looks.

Powered by the 1.2-litre mStallion direct-injection turbo-petrol engine which can produce 131hp, the XUV300 is a powerful SUV from Mahindra. The engine is paired to a 6-speed manual gearbox too. Apart from the bump in power, the new SUV will get a few design upgrades such as alloy wheels, Mahindra’s Twin peaks logo along with new upholstery and improved infotainment software on the inside. The XUV300 received 5 stars on the Global NCAP ratings and it is the safest car yet from the company. The XUV 300 along with the XUV 400 will be the ideal competitors to the Tata Nexon which is presently dominating the segment.

MG’s Hector is getting a mid-life facelift, for it is a well-performing model from the company and its upgradation will make it even more competitive in the Indian market. The facelift could get a completely new front fascia with a larger grille, tweaked headlamps and also a new bumper. There is also news about a new 14-inch portrait-oriented touchscreen infotainment system, the largest screen in any car in India right now. The engine and transmission options are set to remain the same, a 143hp, 1.5-litre turbocharged petrol unit with a 6-speed manual as standard and a 48V mild-hybrid option, or a 170hp, 2.0-litre diesel engine, mated to a 6-speed manual transmission. While the company has not indicated any change in the price, we could expect a minimal boost in the prices. The Anglo-Chinese company has become synonymous with premium range SUVs in the country. With the facelift, MG Hector will perhaps cement its existing customer base.

Updated Tata Harrier/Safari on the Cards – Launch During Diwali

Last Diwali, Tata has launched the Punch and the new model has already received much attention and has recently sold over 1 Lakh cars in a record 10 months. Tata has been teasing the new SUV with its test mule, for months now. We can sure expect the new SUV to be launched soon. We can expect a lot of bigger updates on its equipment list, like a larger touchscreen infotainment system and a 360-degree camera. Tata could also add ADAS systems to make its SUV compete with the likes of Hector and XUV700. The company could also bring additional features from the Land Rover range of vehicles which will help the brand compete with the new launches.

Which of these SUVs are you eagerly waiting for? Share your thoughts and expectations from these vehicles with us.