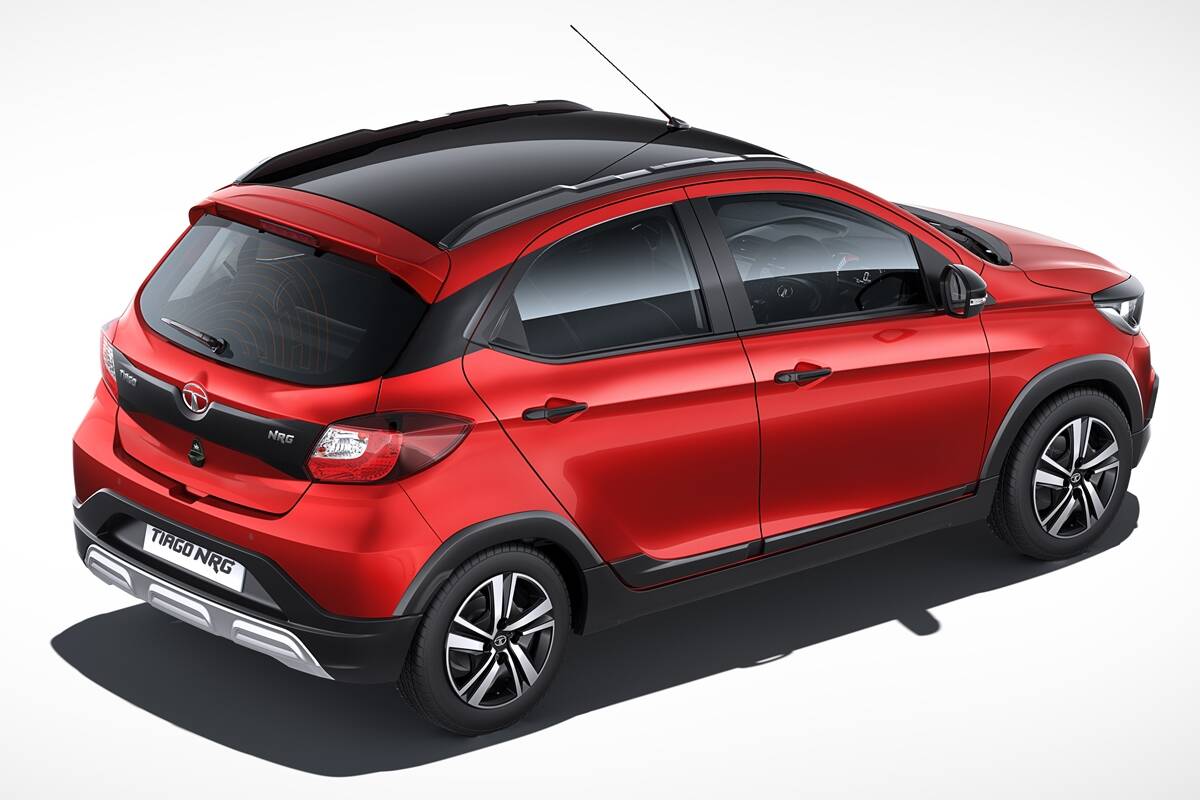 Tata is back with its Tiago NRG. Tiago NRG used to be on the roads until the Indian automobile manufacturer launched a face lifted version of Tiago last year. The facelift was there for all variants other than the NRG. Now the new 2021 Tata Tiago NRG is based on the facelifted XZ+ variant of Tata Tiago. The model is available only in the fully loaded trim. The car will go head on head with the Suzuki Wagon R, Celerio, and the Hyundai Santro.

The new 2021 Tiago NRG flaunts a bold and rugged look that is accentuated by the usage of faux skid plates, body cladding, and new elements on tailgate. First to meet the eye on the new car is the bolder grille and the sharper headlights. The 15” alloy wheels also gets a dual tone styling.

Under the Hood of the Tata Tiago NRG

2021 Tata Tiago NRG uses the same 1.2 Litre petrol engine that was used by the predecessor. It is available in both automatic variant starting at 7.09 Lakhs and manual transmission variant priced at 6.57 Lakhs. The 3 cylinder engine provides ample power and makes the car glide on the roads. While not the best in class powerful engine, the turbocharged petrol engine certainly adds a kick to the driving experience.

The Interiors of 2021 Tata Tiago NRG

Tata Tiago NRG sports a new interior with a bold red padding around the AC vents and the dashboard certainly looks more stylish. It also has a 7” infotainment screen with both Android Auto & Apple Car Play compatibility. In short, the new model is built to amaze the old fans of the model and it will certainly increase the ongoing sales spike for the brand.