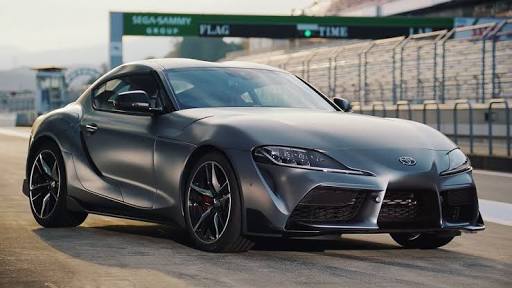 The GIIAS (Gaikindo Indonesia International Auto Show) is considered as one of the most leading auto shows in the country.

The GIIAS is the auto show which takes place in Indonesia every year. The country like every year puts up a massive show.

Various cars from different countries are launched at the auto show. The 2019 GIIAS which is currently going on, experienced some exponential cars.

The Toyota GR Supra was built by a team of automobile engineers who had a very clear vision of the car.

The car gives an exhilarating and a unique blend of balance, power, and agility. It offers the cars enthusiasts a very luxurious and ultimate expression of the pleasure of driving they will receive.

The new car- Toyota GR Supra has come up with some very comfortable features. With a very long-standing bonnet, compact like the body, a fancy double-bubble rooftop, the new Toyota GR Supra does stand out amongst the same genre cars.

The GR Supra features and designs are sure to provide a very enthusiastic experience to all the driving enthusiasts out there, especially the sports car freaks.

The car has a short wheelbase which imposes a 19 inch forged alloy wheels and six- LED distinctive headlamps. The car is equipped with AVS (Adaptive Variable Suspension) which is extremely active.

The Toyota GR Supra Which is one of the premium sports cars in the world has been under the making for about 5 years.

After a long wait, the 5th generation Toyota GR Supra is out. The entry-level price of the car starts from 35.53 Lakhs continuing to the premium one which goes up to 38.37 Lakhs.

The GR Supra will not be launching any time soon in the country.

The GR Supra is considered to be one of the best supercars to drive in such an affordable range. Toyota’s car is loaded with various specifications.

The car has a double-joint spring at the very front and a unique Multi-link rear suspension which comes with the proper adaptive suspension of the variable system which helps in having proper control over the system.

The car has a very active rear helps in making the process of cornering a very precise affair and gives a safe tyre display at the look.

The headlamps of the car are very sharply designed which gives a touch of luxury to the car. The air vents of the door are hard to be missed.

The all-new Toyota car which is all set to launch has a 3-litre tank which is turbocharged and has an in-line 6-cylinder engine.

The engine puts out a total modest of 340PS of maximum power and 500Nm of torque peak. Out of the 3 litres, the 1.5 tonne of the GR Supra goes from the 100kmph in 4.3 seconds by giving Porsche 911 Carrera 4S Cabriolet a tough competition.