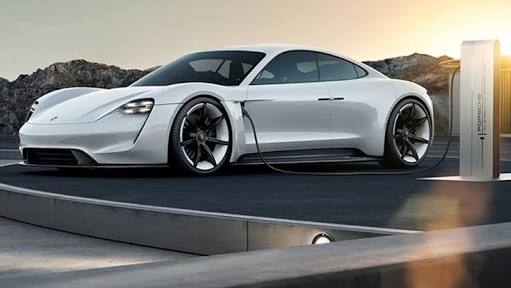 The craze and public interest in the Indian Automobile Industry are all set to go a notch higher in 2020 as the next year will witness almost a dozen of Electric Car launches in India!

Though the car has already been unveiled, it will make an official public debut at the 2020 AutoExpo. The electric SUV will be the first car to be powered by TATA’s all-new Ziptron technology and promises an efficient high voltage system, long-range, fast charging capability, extended battery life, and class-leading safety features. The estimated price will be around INR 15 to 17 Lakhs.

Another EV by TATA, which was already unveiled at Geneva Motor Show is all set to be launched in India in 2020. The internal-combustion SUV will have a targeted range of around 250-300km and charging up to 80% in 1 hr.

Audi had recently showcased its new EV and left everyone awe-struck! The EV offers a range of 400km, powered by a 95KWh battery pack which can charge up to 80% just within 30 mins. Features include camera-based outside rearview mirrors, air suspension, dual central touchscreens, and four-zone climate control and much more.

The homegrown company is all set to replace its discontinued e2o with the all-new Mahindra eKuv100 which will be a pioneer in affordable high-riding EV hatchbacks in India, a segment that has no rival. With a 40kW motor, 120km range, 15.9kWh battery which can be charged in about 1hr to 1 and a half hr with a powerful charger.

MG Motors has already started preparing for the launch of its first electric SUV in India, the E ZS, by setting up fast charging facilities in five cities to begin within Jan 2020. It will have a 148hp motor and will be equipped with a 45kWh battery which can be charged with a fast DC charger to 80 percent in around 40min.

The I-pace will be the first fully electric model from Jaguar to come to India and will be offered with a  90kWh battery with a 480km range which will be powered by two motors producing a combined 400hp and 696Nm of torque. On a 50kW charger, it will take 1hr 25min to be charged up to 80%. It will lock horns with other EVs like  Mercedes-Benz EQC and Audi e-tron.

A tie-up between two ace carmakers Mahindra and Ford has led to the development of an Electric Sedan which will hit the showrooms by the end of 2020. It will run on an 82hp motor with a 25kWh battery which will give it a range a 150km. Not much has been revealed about it, but this will definitely be something to look forward to.

India’s largest carmaker has been working on the  Wagon R EV since the beginning of this year and is reported to be launched in 2020. It has a range of approximately 200km on a single charge and is estimated to be priced around 7 lakhs.

After the XC90 plug-in hybrid, Volvo is all ready to come up with the Volvo XC40 Recharge. The electric SUV will have two 204hp electric motors that would combine to offer 408hp and 660Nm of torque.

This spectacular EV is reported to be launching in October 2020. The first full-electric Porsche will stand out for being the first car to use an 800V electrical system, enabling charging at 350kW, which can give a 100km of range in 5 mins and take the battery from 5 percent to 80 percent in around 20min. It will be offered with two electric motors producing a combined 625hp and 850Nm of torque. It will have a high starting price of INR 2.5 Crore.