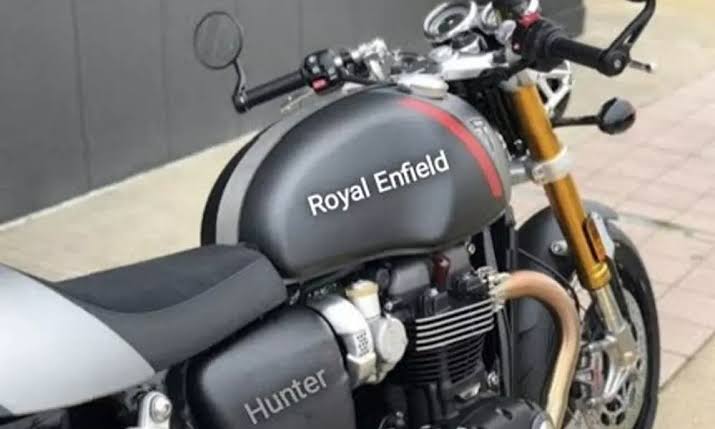 If you are motorcycle lover, August is a month full of good news for you. The month is set to see a lot of new motorcycles from old and new automakers in the country. Here’s a list of the new entrants and their features.

The new bike is the lightest one yet from Royal Enfield, weighing at just 180kgs. Sources say that the bike will have the same J-series engine as that of RE Meteor and Classic 350. The power output of the engine stands at 20.2hp and 27Nm. Combining this powerful motor with a light-weight bike could result in a lot more speed, mileage and performance in Hunter 350. It is also reported that the Hunter could become the entry-level vehicle in Royal Enfield’s fleet. The price is estimated to be around ₹1.5 to 1.6 lakhs and it is set to debut on August 7.

The much beloved Bullet 350 is set for a revamp and it is coming out with a new engine. The regular Bullet housed RE’s 349cc UCE engine. This time it is going to get the same engine as that of its siblings like Classic and Meteor. The new J-Series engine will be the same 346cc engine that powers the other vehicles. It will produce a power output of 20.2hp and 27Nm. Also, there are going to be new features such as optional Tripper navigation pod and semi-digital instrumentation. The new changes could reflect on the price of the Bullet, by taking it from ₹1.45 lakhs to around ₹1.7 lakhs.

Hero Motors is all set to launch its updated Xpulse 200T this month. The previous model, Xpulse 200 housed the company’s 2V engine which produced 18.1hp and 16.15Nm torque. This time the updated 4V engine could push its power to 19.1hp and 17.35Nm. The 200T is more road-focussed than its older brother Xpulse 200, and it also comes with 17-inch alloy wheels. Some other changes include, fork gaiters, a repositioned headlamp, and a new colour scheme. With these changes into account, we can expect the prices to go up to ₹1.24 lakhs.

Honda has been teasing about its new model from its BigWing line-up. Not much details are known about the new bike. But we can get a full list of features after it is launched on 8th August. The new model could be an upgraded CB500X, which is currently on sale in India. It could get a USD front fork and twin disc brakes at the front. These updates were made to the models sold in the international market, so, we can expect them in the new bike too. Or, a 500cc vehicle from its international models could come here with modifications too. Let’s wait and see.

Both the moto makers have a large line-up of vehicles planned for India. While Zontes will bring five products; 350R naked, 350X sportbike, GK350 cafe racer and, the 350T and 350T ADV tourers, Moto Morini has planned four bikes namely, X-Cape 650, X-Cape 650X, Seiemmezzo 6 ½ Retro Street and Scrambler. The Zontes fleet will be powered by their 350cc engine which can produce 38hp and 32Nm of torque, the Moto Morini fleet will be powered by a 649cc, liquid-cooled, inline twin engine that puts out 60hp and 54Nm, through a 6-speed gearbox.

Keeway motors had planned to launch a total of eight new vehicles in India. Of them, the first three have already hit the roads. The Vieste 300 maxi-scooter and the neo-retro Sixties 300i, were much welcomed here. The new launches are scheduled for this month and the company is holding up its features for a surprise during the launch. We’ll wait and see how India worthy they are.

Harley-Davidson updated its long-standing Sportster line last year and introduced the all-new Sportster S. The new Nightster however, is set to be more accessible than the Sportster S. Powered by a 975cc Revolution Max engine, which can produce 89hp, 95Nm torque, and the new bike is very powerful, as much as it is stylish.

Ducati is gearing up to launch three new bikes this month, starting with its Streetfighter V2. The Streetfighter V2 can be considered a much comfortable Panigale V2. It will be powered by a 955cc Superquadro L-Twin engine making 153hp at 10,750rpm and 101.4Nm torque at 9,000rpm. These figures are close to Suzuki’s Katana and they could well end-up as rivals. We can also expect a fully-adjustable suspension and Brembo brakes at both ends, and a lot of electronic rider aids in the bike. With the Panigale V2 priced at ₹19.49 lakhs, we can expect the Streetfighter to come at a lower price, at least by ₹1 lakh.

The updated version of Ducati’s flagship model is coming out this month. The Panigale V4 has a lot of improvements in its powertrain, electronics, chassis and aerodynamics. The engine output which now stands at 215.5hp and 123.6Nm torque is a little bit higher than the previous version. All these have added up to improve the Panigale’s top speed too, the company says. The price of the standard Panigale V4 stands at ₹23.50 lakhs. With all the new improvements, we can expect the price of the new model to go up slightly too.

The V4 SP2, as the nametag goes, is a limited-edition performance model from Ducati. However, it will be powered by the same engine as that of the V4. A 1103cc Desmosedici Stradale engine which can produce 215.5hp and 123.6Nm torque will be powering this model. The kerb weight of the V4 SP2 is 194.5kg, 1kg lighter than the V4S. The bike will also have features such as STM-EVO dry clutch, Stylema R calipers, carbon-fibre wheels, and electronically-adjustable Ohlins suspension. Like all the SP versions from Ducati, the V4 SP2 will also have a higher price tag compared to its regular vehicles. We can get a shock of its price after its launch this month.

What is your favourite bike in the above launches? Do you like the new Harley Davidson Nightster? Let us know your thoughts.