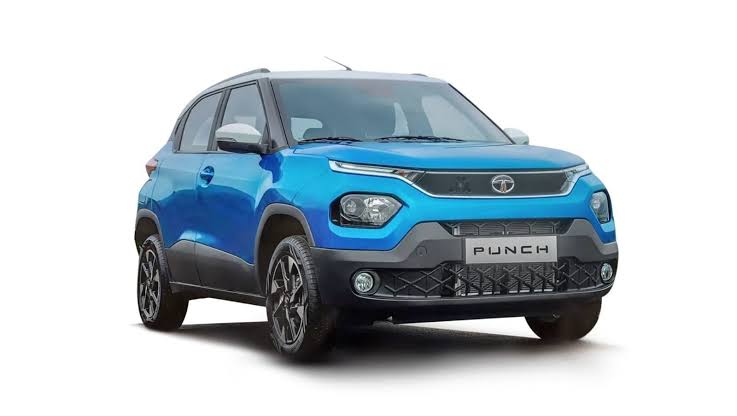 SUVs are known for the sheer power and subtle comfort and high style quotient. Here we bring the news about the 3 most awaited launches in this year’s launch of SUVs. First to be launched will be mid-sized SUV, MG Astor from the British car maker Morris garage. Astor is to be launched on October 11th. With its artificial intelligence and AI assistant, Astor has already created a buzz around the model.

Second to join the list is the home borne Tata Punch. The micro-SUV from Tata has been teased in the Auto Expo 2019. The Tata HBX concept car is now developed in to the production model Tata Punch. Tata Punch is a sub 4 metre SUV that will rival Renault KWID, Nissan Magnite and Toyota Urban Cruiser.

Finally, the EV that has created a huge buzz in the beginning of the year, the Triton EV – Model H will soon be launched in the country. Recently we have seen the spy pictures and the carmaker has also teased with a partly visible bonnet of the yet to be launched Triton EV – Model H. Triton will not have a direct competitor as the dimensions of the Model H is larger than other existing EVs in the country. Let us wait and watch the complete specs of the model in the coming weeks.

The British brand will launch the MG Astor on October 11th in India. The SUV is based on the same platform as the MG ZS EV. It has similar dimensions and Astor is the internal combustion engine cousin of ZS EV. There are many stunning features to woo the customer to the showrooms of MG.

Being a brand that specialises in this segment of the market, MG Astor is one of the most awaited cars of 2021. It has level 2 ADAS. Advanced Driver Assist System that provides a very high level of ease and safety for your drives.

The on-road price of MG Astor in cities like Delhi, Mumbai and Chennai will around 13 Lakhs for the entry level variant and around the 20 Lakhs for the fully loaded top-end variant. The company is expected to price MG Astor around 10 to 17 Lakhs, so that it undercuts the existing models of MG ZS EV and MG Hector.

For a more detailed review of MG Astor check out our article.

Tata Nexon is one of the most successful models of the brand in the recent time and the Nexon has got a little sister in the form of Tata Punch. The Indian carmaker will launch the model in mid-October. Punch launches on October 20th and it could be priced around 5.5 Lakhs to compete with Renault KWID. The sub-4 metre micro SUV will be priced similar to a hatchback but it is definitely more of an SUV than a hatchback.

The powerful engine, the high ground clearance, off-road capabilities and a plethora of other features makes it an ideal micro-SUV for the aspirational section of the Indian automobile market.

It is available in 4 variants with increasing level of features. The entry level persona or the variant is called as Pure and then Adventure, Accomplished and finally Creative. Creative is the top-end model that is fully loaded and with AMT gearbox. Tata Punch is powered by a powerful 1.2 Litre petrol engine. While there are no diesel variants, the size and dimensions of the Tata Punch makes it an ideal candidate for an EV option in the future.

As of now the on-road price of Tata Punch will be around 6.5 Lakhs in most states of India. Tata Punch is available in 7 colour options from white to grey to red. Other than the regular colours, Punch also comes in metallic bronze and Orange. The colour options are closely competing with the colours of Renault Kwid.

The interior of the Punch is fully loaded with infotainment screens, multi-control steering wheel, a pleasant dashboard and most importantly a functional AMT gearbox. Even the AC vents accentuate the stylish interiors of the car.

The AMT gearbox is noticeable in low speeds and it takes a few seconds to kick in to the next gear. However, things become normal and more manageable with an increased speed.

Are you waiting for the launch of the Tata micro SUV Tata Punch? Check out the review of Toyota Urban Cruiser.

Triton EV has made ripples in the automotive industry and the Himanshu Patel headed company is widely touted as the competition for Tesla. Triton with its famous moniker and the unique logo has got the attention of many eager eyes. While, the world has not seen any of the models including the sedan N4 or the SUV Model H, we have recently grasped a sneak peak of the upcoming Model H.

Triton Model H SUV is an 8 seater with amazing specifications. It will house a 200 kWh batteries that provides an incredible range of 1000+ kms. Even if the actual on-road performance of the Model H is lesser than the claimed numbers, it will still be much higher than any of the competitors in the market. Further the Model H will have a four wheel drive that provides incredible accelerations possible.

The company claims a 0-100 kmph acceleration for the 1500 hp motors in under 3 second. It is surprisingly quicker than many existing sports car. The unique feature of the car is that it can even power your house, during times of emergency. The SUV is priced at around 1.3 crores in USA but the CEO opined that the Indian pricing will be substantially lower than that.

With teasing photos out in the web, we can expect a full blown launch in the coming weeks of 2021. Triton EV – Model H

So, which SUV are you waiting for? Is it the budget vehicle Tata Punch or the fully loaded MG Astor or the unbelievable SUV, Triton – Model H?