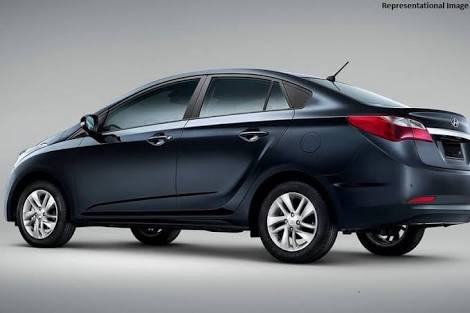 New Years is just around the corner. Within a few days, it will be a fresh start for the automobile industry which has been facing a rapid decline. However, within the first month, there will be a total of 5 new car launches in the country. The upcoming models constitute of luxury MPV to mass-segment hatchbacks.

Here is a detailed list which has been curated, which mentions the 5 car launches in January 2020:

Hyundai, which is a leading automobile manufacturer in the country is very active in realising its different models. Hyundai very recently had unveiled one of its premium models: Hyundai Aura. The compact SUV will be seen going on a sale From January, but the official launch date is yet to be disclosed by the company officials. The model will be equipped with 3 engines of BS6-compliant: 1.0L turbo petrol, 1.2L NA petrol and 1.2L diesel.

Tata’s Altroz had made its debut in India on the 3rd December. Tata has started the official booking of the car right after 2 days. The premium hatchback model with a total of 3 BS6-compliant engines along with a manual gearbox of 5-speed. The car will be equipped with a total of 2 petrol motors; 3-cylinder 1.2L naturally aspirated & 3-cylinder 1.2L turbocharged.

Tata Motors is all set to launch its very first electric vehicle in the home country. The electric SUV, Tata Nexon will embark as the company’s very first Ziptron electric powertrain technology. The battery pack of the electric car can be charged through two options, one is through standard AC charger and the other one is through DC fast charger.

The British carmaker, MG will launch its second product in the home country: MG ZS EV. The bookings officially of the upcoming SUV have already begun and the car will launch in January. It will have the capacity of charging 80% battery in just 40 minutes by using a 50kW DC charger.

In a short span of time, Kia has established a very strong name in the home country. Kia is all set to launch its second product the Kia Carnival. The model will be equipped with a BS6-compliant Diesel engine of 2.2L which will be ideal for 202PS and 440Nm of torque. The model is going to price anything between 27-35 lakhs.