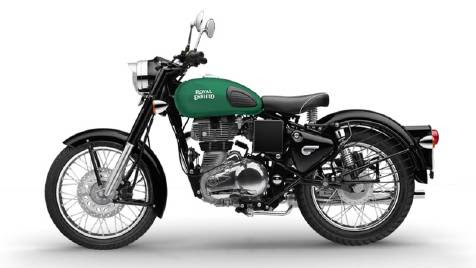 Royal Enfield is a brand, which is more than a century old. It was risen up from humble beginnings, and now it has become the dream brand for numerous people in India and other countries as well. With the BS6 emission norms, the company has rolled the upgraded models of the bike with minor to major changes. Apart from this, the company has bigger plans, which are going to be rolled out somewhere in 2020. Let’s take a look at some of the upcoming projects of Royal Enfield that is going to be introduced soon.

This new concept seems to be tremendously amazing. The concept was showcased back in the 2018 EICMA, which draws inspiration from the bobber, 1,140 cc V-twin. Talking about the Eicher-owned brand, it has recently patented the name to Meteor for the market of Europe.

Apparently, the significant change made in the bike is it BS6-compliant engine. The motorcycle is capable enough to produce the power of 20.07 bhp and the peak torque of 28 nm. The company has claimed, it will be able to provide the mileage of 40.8 kmpl.

It has been spotted it multiple times while it was out for the test. The expected price of the bike is Rs. 1.70 lakh. Once it launches, it will lock horns against Jawa Forty-two.

It is a 349 cc single-cylinder bike, which has the ability to produce the power of 19.8 bhp and the peak torque of 28 nm. The appearance of the bike is quite similar to thunderbird X.

It’s a special motorcycle by the brand, often considered as an off-roader. It comes equipped with a 648cc engine, producing power of 47 bhp and a peak torque of 52 nm. It is likely to feature switchable ABS