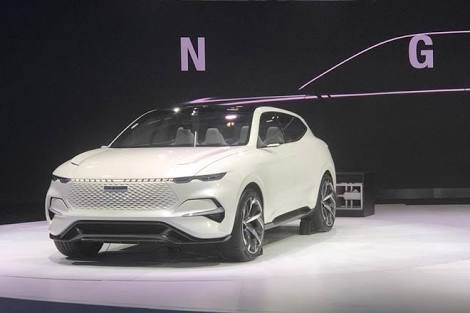 Auto Expo came up with plenty of excitement. We got to see tons of futuristic cars at the motor show, which were highly incredible and seemed unreal. People are very much impressed by the ongoing Auto Expo in Greater Noida, and it has become a talk of the town. Let’s take a look at the top 7 concept cars which were showcased in the event.

The concept offers a thick C pillar, sharply cut windscreen improving the sporty silhouette of the car and a raked windscreen. It also received futuristic steering, which looks quite impressive.

Tata Sierra grabbed the attention of many people during the event. The design of the car is way unique, and we have not seen such design so far. The design of the vehicle is curved over rear windows, which are carried from its original version.

The new concept from Great Wall motors made its world debut at the Auto Expo 2020. It features the plug-in hybrid concept, which features loads of features and appears very incredible.

Mahindra Funster is an eye-catching car that looks exceptionally amazing. The car offers a squared-off front fascia and macular bumper in the front. It comes in a golden color, which looks very elegant.

The car is equipped with many exciting features and it also consists of many futuristic designs. It gets an augmented reality head-up display which displays the information on the windscreen of the car.

It has given us a peek to the future of internet cars. The car highlights autonomous driving technology, which is enabled with the 5g. It also highlights multiple LED stripes, optical rims, and designed tail-lamps.