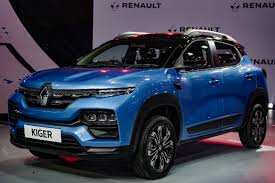 French Carmaker Citroen is all set to enter the bulk of the Indian market with the Compact SUV C3 Sporty. While the SUV C5 Aircross was launched in April 2021, it caters to the premium segment with a price tag of 30+ Lakhs. The compact SUV C3 Sport or the C21 will be a sub-4 metre compact SUV that will be competitively priced around 6.5 Lakhs. With such an appealing price and being made in India at the Tiruvallur plant in Tamil Nadu, the C3 Sporty is sure to catapult the brand visibility and brand salience of the company in India.

Citroen will compete with the Japanese Nissan Magnite and the French Renault Kiger. Again the Maruti Suzuki Vitara Brezza is also a close competitor. Hyundai Venue, Mahindra XUV 300 are other cars that are likely to give a stiff competition to the French Citroen. In spite of the growing number of players, the market for SUVs and Compact SUVs are growing in India.

While we are yet to see the C3 in action, we have already received the leaked pictures of the scale model of the French compact SUV. It is announced that Citroen will initially launch the model in Brazil in 2021 ahead of the 2022 launch in India. On first looks, it is stylish with a wide grille and the signature lights and bonnet on the front, it is surely an eye-catcher. It will be powered by a 1.2 L turbocharged petrol engine with a 5 speed gearbox. Spy images have already established the presence of touch screen for infotainment control. As norm, it could be expected to have compatibility with both Android Auto & Apple Car Play. The rear is adorned with a dual-tone bumper and LED taillights.