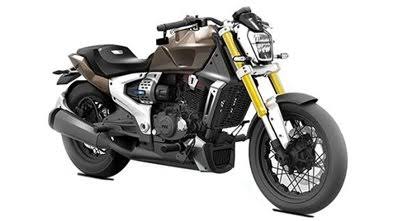 Here is acurated list of exciting two-wheelers which will be launching in the Indian two-wheeler market by the first half of 2020.

TVS Motors, the homegrown automaker is all set to launch an all-new version of product ‘Zeppelin concept’ which will show its debut at the 2020 auto expo.

The upcoming model will be considered in the category of performance cruise and will come up with aggressive features and an extremely powerful engine.

The engine will be powered by a 220cc, a single-cylinder engine which will be seen pairing up with a total of 5-speed gearboxes.

Bajal motors has been striving hard to make the pulsar range ready which will be expected to launch anytime by April 2020.

Along with this, the company will also be launching the topmost pulsar model which will be receiving a 250cc engine.

The Australian bike manufacturer, KTM is all set to launch the 390 cc motorbike which will come in the category of ‘Adventure’ bikes.

The new model is expected to be launching in multiple variants such as an off-road version and a dual-purpose.

The wheelbase of the model consists of a 19-inch front and a 17-inch rear wheel.

Yamaha has positioned itself as a premium brand in India, and is all set to launch a wide range of premium bikes in the country.

Yamaha will be launching the XSR 155 motorbike which will come in a retro-styled based on the Deltabox frame.

The Japenese automaker, Honda is all set to launch a wide range of active scooters in the country.

The upcoming model Active 6G will retain the profile which is existing profile. The scooter will be equipped with all new modern features and designs.

For the first time, the scooter will come up with a technology of fuel injection.