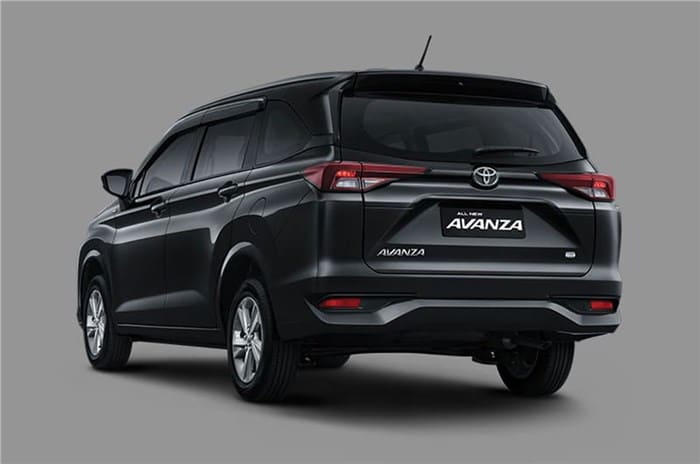 Toyota, the Japanese carmaker has finally launched the much awaited third generation of the 7 seater MPV, Toyota Avanza. Toyota Avanza is a famous MPV in Indonesia, Thailand and other Asian markets. Although sold under the Toyota marquee, it is also famously sold as Daihatsu Xenia. Daihatsu is a subsidiary of Toyota.

Daihatsu is to Toyota, what Kia is to Hyundai. The Korean sister companies divide and conquer the markets with well differentiated models. Similarly, Toyota Avanza and Daihatsu Xenia are essentially the same cars but sold under different brands and prices. Generally, Toyota has better safety features and added facilities and will cater to the slightly upper end of the segment while Daihatsu caters to the entry level market, where price is of high importance.

Toyota Avanza is an established name in the Asian markets. Toyota has previously rubbished the reports of bringing the vehicle to the Indian market, long back in 2012 itself. However, the ground realities have changed a lot from 2012. Today, the Indian automobile market is filled with competitors for Toyota across segments. More importantly Toyota doesn’t have a reliable model in India that can take on the tough competition.

Etios Sedan, Crossovers have become too old. Rebadged Suzuki vehicles such as Urban Cruiser, Toyota Belta are not wooing the customers as much as the brands have hoped for. Recent exit of Ford from manufacturing in India has changed the realities for many companies. So, we can hope that Toyota learns a thing or two from the recent events and brings in new models in the market.

Toyota also is working on the rebadged version of the Maruti Suzuki Ertiga. However, if the past has some indication, we can assume that Ertiga, a grossly under powered vehicle, won’t power Toyota out of its stagnation. Will Toyota launch the Avanza in India?

Toyota Avanza has grown bigger and better. It now measures 4395 mm long and 1730 mm wide. Though not a huge difference from the previous dimensions, the additional 205mm of length and the 70 mm of width, makes the interior slightly larger and spacious. The new model is closely related to the Toyota Raize and has similar underpinnings.

On the powertrain, there is not much to be happy about. Toyota has retained the old 1.3 litre and 1.5 litre petrol engines which were powering the second generation Avanza. The gearboxes also remain the same. The new Toyota Avanza comes with a 5 speed manual transmission or a CVT, continuous variable transmission automatic gearbox.

The most interesting changes come on the outside. Truth be told, the first and second generation Avanza were more like enlarged Hyundai Santros. Those models had a hatchback flavour on the exterior and lacked the SUVish designs. However, the third generation Avanza has picked it up with its aggressive styling, sharp contours, and a whole new front grille.

The front grille is astonishing with the T shaped mesh that mimics the T in Toyota. Also, the sharp contours have finally brought in the flavour of a MPV and SUV. The additional cladding and rear cladding has given a sturdier look to the MPV. The shoulder line is also more prominent and makes for a stylish upgrade. The new LED headlamps are sharper and accentuates the styling. All kudos to the Daihatsu Chief Engineer Eiji Fujibayashi, the car has been given a new design and definition.

On the interior, Avanza has a more refined look. The new 7 inch infotainment display system, electronic controls for AC, navigation, has brought a new look to the dashboard. The AC vents have been slightly repositioned and now covers more area than before. The car also comes with an optional ADAS for additional safety. The Advanced Driver Assistance System provides real time warning in congested areas, provides a 360º view around the car and warns of on-coming cars and pedestrians that could cause an accident. It is to be noted that the newly launched MG Astor and XUV700 both have ADAS.

Toyota Veloz is provided as a separate line of MPV. It is based on the same Avanza but slightly larger and boasts of top-end features like electronic braking system and advanced safety features.

It is 4475 mm long and 1750 mm wide. With a height of 1700 mm, the MPV has a SUV stance and occupies better road presence. The newly designed bumper, sharp shoulder line, refined grille all makes it the MPV to buy in 2021. The roof rails, the tail lights, the LED headlamps, broader rear end with additional claddings make it look distinct from the Avanza. It has sports disc brakes on the rear and electronic parking brakes.

The Veloz is named after the word “Velocity” for speed. Toyota hopes to drive the advantage of the well differentiated model and increase the velocity of the sales in Asian markets, where the car will be launched.

The interior looks more premium and sports a 11 inch infotainment control system that can be docked on the dashboard and even on the doors. Further, the rotary AC control and electronic parking brake on the interior gives a top end feel to the car. The upholstery also feels top end and it breaks away from the old and dull look of the second generation Avanza.

Toyota Avanza is an accomplished model in the Indonesian, Thailand and other Asian markets. However, Toyota has previously refrained from launching this model in India. India has officially shown an inclination towards the SUV segment and the sales of SUVs have become more than the combined numbers of hatchbacks and sedans. So, it is high time that Toyota learns from the mistakes of the past and launches this model in India.

However, Toyota also has plans to launch the rebadged Ertiga in the Indian market. Toyota Avanza will be a direct competitor of the Avanza and launching two competing models is not good for the sales of Toyota. So, we have to wait and watch if Toyota will launch the Avanza or Veloz in the Indian market. In case, if Toyota decides to launch the Veloz, it could be priced in between 12 – 20 Lakhs in India. The 1.3 Litre variant of the Avanza could be priced around 9 Lakhs in the market, slightly above the Ertiga. The on road price of Toyota Avanza in India could be around 11.5 Lakhs and that of the Veloz could start from 14 Lakhs.

At such a high price, the competitors provide better power trains and features. So, whether Toyota will bring them here is a big question mark. Regardless of the launch in India, Toyota Veloz and Avanza could power up the dwindling sales of the Japanese car maker in the Indonesian market.

What do you think? Should Toyota bring the new Toyota Avanza 2021 and Veloz to the Indian market?