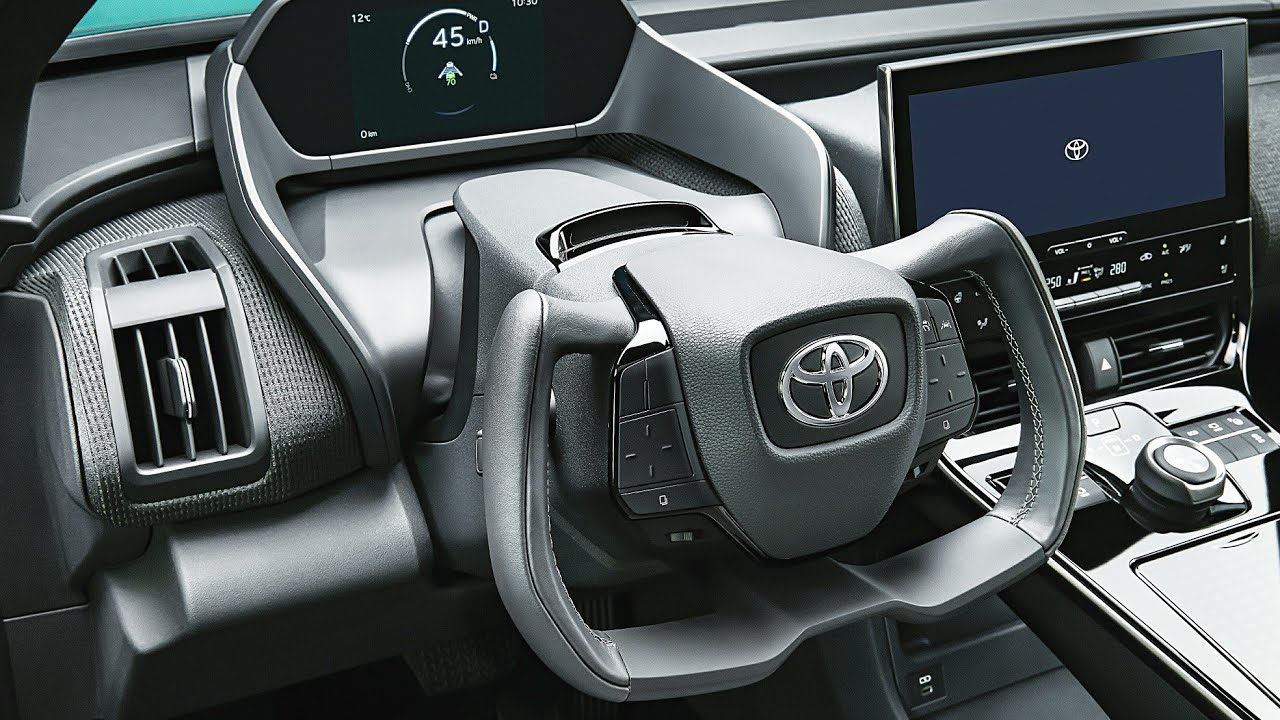 Electric vehicles have changed the landscape of the automobile industry in the country. Whether you like the raging power of the petrol engine or the sheer strength of the diesel engine, you can’t deny the charm of the electric vehicle. Japanese car maker Toyota has recently unveiled the first electric SUV of the company, BZ4X.

BZ stands for beyond zero. If you are wondering what the oddly termed BZ stands for, it is beyond zero. Toyota claims that these cars would Go beyond zero emissions and go a great way in saving the environment and reducing carbon emissions.

Toyota plans to launch as many as seven new electric vehicles in the coming three years. The Toyota BZ4x is developed by the company together with the compatriot Subaru automobile. Toyota owns a small percent of shares of Subaru is to be noted here.

Toyota BZ4X in the American Market

Toyota will be launching the car in the US and European market in the December of 2021. While Toyota was one of the first companies to have electric vehicles in the line-up, it has fallen back in the Race. Toyota Prius is one of the first eco-friendly vehicles in the North American market. In the recent times, many companies have launched their own hybrid and full electric vehicles. It includes some of the industry giants like Audi, Volkswagen, and Mercedes Benz. Not to mention the success of all electric vehicle brands like Tesla.

The new launch will put the Japanese giant back on track in the electric race. With the change in the US government and an emphasis on green and eco-friendly vehicles, the US electric market has grown considerably. Now, Toyota has a long way to go in order to get back the last market share.

The Looks & Features of Toyota BZ4X

The first all-electric SUV of Toyota looks stylish and futuristic. The new model is based on the new e-TNGA architecture of the company. According to Toyota the design of BZ4X is inspired by the hammerhead shark. The head lamps, the front bonnet all mimic the stance of a hammerhead shark. However, the design of the electric SUV looks both conventional and functional. The sharp and heavily angled, sophisticated design on the exterior makes it aerodynamic and appealing.

BZ4X Comes with a Solar Panel

You might have seen cars with solar panels that have been made to prove the concept. However, the new BZ4X comes with an optional solar panel on the top that can power the car to almost 3000 km in a year. While, the mainstay of the car will be the conventional charging stations, the solar panel can assist in charging up the vehicle during operation and can also be used in far off places or during emergency situations.

With LED head lamps, indicators, and tail lamps the electric SUV looks charming. The generous cladding on the rear, the sun roof, and a very small B pillar makes the car mimic the futuristic cars from the movies.

With dimensions of 4690 mm length and 1850 mm width, and a comfortable 1650mm height, the SUV will be spacious for a family of 5. The wheelbase of 2850 mm is slightly on the longer side and it will increase the inertia of the vehicle. However, the electric SUV will be powered either by a 150 kW motor or 2 80 kW motors, there won’t be a lag in the movement.

Since the Toyota Prius is a successful model in the American market where it had appealed to the masses as the perfect family car, the brand will try to emulate the success of Prius with the new BZ4X. As a result, the company focuses on the family experience in the model. While the interiors and lavish space on the inside will make it a good family car, the branding and the unique naming style will make it appealing for the conventional SUV buyers too.

On the inside, the new Toyota BZ4X looks futuristic. The instrument cluster, the steering wheel and the digital gadgets all look functional. The floating instrument cluster is removed from the conventional location and stays on top of the dashboard. It increases visibility and provide better control.

Similarly, the model also comes with a Tesla-like steering yoke. It is not mechanically connected with the wheels and hence there is no need to turn it completely. A mere 150º turn provides complete control over the steering of the car. As per the automobile manufacturer, this enhances the safety and provides for quicker and convenient turn in the real world scenarios.

With modern connectivity apps, steer-by-wire system that enhances the driving experience and provides complete safety for the passengers, Toyota BZ4X is a car to wait for.

The price of the Toyota electric SUV BZ4X could be around 40-50 Lakhs in the country. However, it is not sure when Toyota will launch the car in India or if they will ever launch the same. The confirmed news is that the brand will launch the car in the European markets on December 2nd. As far as the Indian launch is concerned it will not happen anytime soon. The compact SUV Toyota Urban Cruiser, the rebadged Vitarra Brezza will be the only SUV launch of Toyota in India.

Speaking about, rebadging, BZ4X will be rebadged and sold with slight modifications by Subaru as Subaru Solterra. Solterra is the combination of Sol meaning Sun and Terra meaning Earth in Latin. The car, as per the manufacturers, will be powered by the sun and will be safe for the Earth. Hence the name. By the year 2025, Toyota plans to launch as many as 7 models in the BZ series. So, we can be assured that one or the other model in the BZ series will be launched in India too.