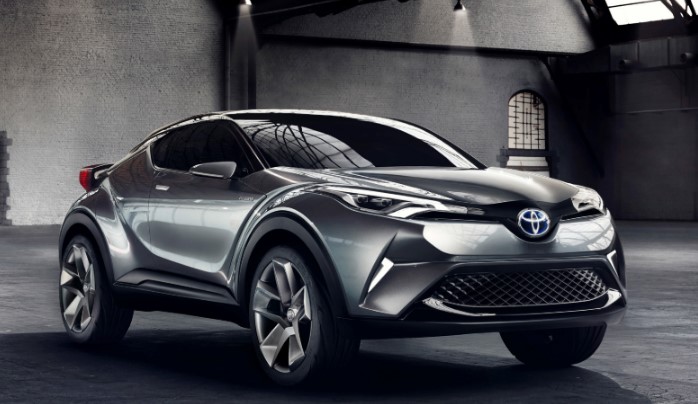 The Indian roads witnessed once again the Toyota C-HR as the test mule was running a few tests. Last it was spotted testing in January 2020. Since the Indian Government has permitted the import of 2500 automobiles every year without the need to go through the local homologation procedure, speculations are doing the rounds that the Japanese brand can launch some global SUVs like Corolla Cross, C-HR and RAV4.

The test mule has Continental stickers on it, which means Toyota might be testing some of the components with C-HR. The TNGA or Toyota New Global Architecture platform has underpinned the C-HR, the Corolla and the Prius as well.
The futuristic styling and bold designs of C-HR will grab the attention of all the automobile fans out there. It comes with a bold and aggressive bumper with broad central air dam, a sharp LED headlamp design in the front, tiny LED fog lamps as well as muscular lines on the bonnet.

When we talk of dimensions, it should be noted that the length of the C-HR is 4360 mm and the wheelbase is around 2640 mm. This crossover is capable of offering a boot space of around 370 litres, thus giving tough competition to the Toyota Innova Crysta.

Internationally, the C-HR comes equipped with a 2.0 litre, 4-cylinder petrol engine. It is capable of producing 144bhp and 188Nm torque. The e-CVT unit successfully transmits the power to the front wheels.
The C-HR locks horn with Volkswagen T-ROC, Jeep Compass, Skoda Karoq and other similar middle-sized SUVs. Next year, the Japanese brand is reportedly going to launch the RAV4 plug-in hybrid SUV in India.